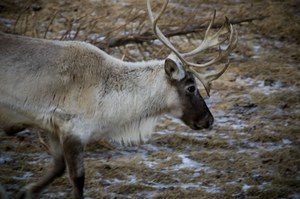 Woodland caribou bulls grow to 200 kilograms with antlers over one metre wide. Females weigh 130 kilograms with slightly smaller antlers. They are the only members of the deer family whose females grow antlers. They have brown hair with a white rump and throat. Their large hoofs and extremely warm coats help them to survive walking on snow and in the winter cold. They also have short ears, tail, and snout to reduce body heat loss in winter.

Woodland caribou are found in the Yukon, Northwest Territories and in central/northern B.C. with a pocket in the Central Interior’s Chilcotin.

They range in herds of 20 to 450 caribou but females give birth away from the herd to be less obvious to predators. Their diet consists of lichen in the winter and fresh green plants in the summer. Caribou rely on large, old forests full of lichen to survive the winter.

In early fall males fatten up before the mating or ‘rutting’ period during which they rarely eat. Mating begins in early October. A cow will start having babies when they are two and a half years old and will have one calf every year. Predators to the woodland caribou include wolves, cougars, bears and wolverines. They are also threatened by hunting, logging and other disturbances caused by humans. 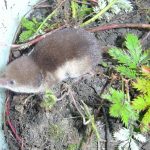 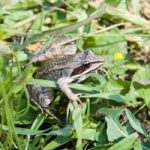