In May Sierra Club BC launched a letter writing campaign encouraging Prime Minister Trudeau to reject the Petronas liquefied fracked gas terminal at Lelu Island. Over 11,000 supporters took the time to write to the Prime Minister to make it clear that he must say no to the project.

At the peak of this campaign, his office was receiving 1200 letters a day from concerned citizens. More than 350 people followed up their letters with a phone call to Environment Minister Catherine McKenna to let her know the many reasons we don’t want the liquefied fracked gas plant built:

Prime Minister Trudeau is going to decide whether to approve the Petronas project in the fall. This is Trudeau’s watershed moment and the first real test of his commitment to climate action. Will he side with the salmon and a liveable climate? Or will he side with foreign multinationals who just see B.C. as a place to exploit for profit?

Before he makes that decision we have to leave him in no doubt that British Columbians are firmly opposed to the fracked gas terminal at Lelu Island.

We have plans to push that point home hard, but we need your help now to reach out to more British Columbians.  Your donation will help us to encourage more and more people to raise their voices and speak out every day until the decision comes down. We must not give up! 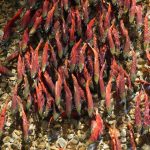 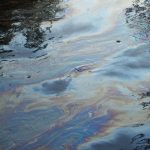