This fall, British Columbians will decide whether or not we want to adopt a new voting system. Voters will have a choice between continuing with our current “First Past The Post” (FPTP) system or some form of Proportional Representation (ProRep).

What has this got to do with Sierra Club BC and our environmental work?

Quite a lot, it turns out. Let me explain, but first let me explain the differences between FPTP and ProRep.

Under FPTP, in any given riding, no matter how many candidates are running, the one who gets the most votes wins. This means the winner frequently only has a plurality of votes, rather than a majority. In the 2015 federal election, one candidate won with 28.5% of the vote, another with 29% and another with 31%.

This problem applies to the formation of governments too. In the 2015 federal election, the Liberal Party won 54% of the seats with 39.5% of the vote.

ProRep attempts to address this problem by trying to make sure the wishes of voters are better reflected in election results. In short, ProRep makes every vote count.

So back to my original question: what has this got to do with Sierra Club BC?

There is a strong argument to be made that ProRep would make the successful pursuit of a progressive, environmental agenda much less difficult than it has been under our “First Past The Post” system.

ProRep also outperforms FPTP on a host of other measures, including:

Over the coming months, we’ll be providing more information to help you make your own decision in the referendum. Sierra Club BC will be arguing in favour of abandoning “First Past The Post” and adopting ProRep.

Our planet needs more ProRep jurisdictions—and B.C. can be one of them. 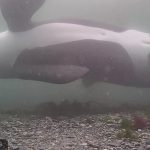 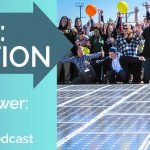