Pull Together fundraising campaign reaches major milestone with dozens of events across B.C.

The Pull Together campaign is celebrating a successful week of events across the province that brought the grassroots campaign to a total of over $500,000 raised for First Nations legal defence against the Enbridge Northern Gateway pipeline. The province-wide fundraising effort, led by Sierra Club BC and Raven Trust, supports the legal fees of the Heiltsuk, Kitasoo-Xai’xais, Gitga’at, Haida, Gitxaala, Nadleh Whut’en and Nak’azdli Nations who are in court to stop Northern Gateway.

“When we hosted a spaghetti dinner over a year ago we had no idea how far this would go,” said Anne Hill of North West Watch in Terrace, B.C. “We’re blown away by how far this fundraising has spread, people from all walks of life in every corner of the province coming together to support the First Nations on the front lines of the effort to stop this pipeline.”

The Week to End Enbridge pushed the campaign over the half million milestone, after dozens of events across B.C. raised nearly $100,000 in just one week. Fundraising events included everything from a paddle in the ocean, to barbeques, yoga, and a bluegrass concert. Small businesses played a big role, with proceeds from chocolate bars, an eco-tourism lodge and even carrot sales being contributed to First Nations legal defence.

“As farmers we all depend on the land and on water, so we understand the importance of what First Nations are standing up to protect,” said Kimi Hendess of Sweet Digz Farm in Richmond, who are donating 10% of proceeds all season from carrot sales. “We are honoured to show our respect by joining the groundswell of support for this critical cause.”

Many of the small businesses that participated in the Week to End Enbridge will continue to contribute funds throughout the summer. Having passed the $500,000 milestone, Pull Together is now aiming to reach $600,000 before court hearings begin this fall.

More than a year after the federal government granted conditional approval to the Northern Gateway mega-project, the pipeline and tankers face a stronger wall of opposition than ever. Last month, new Alberta Premier Rachel Notley indicated that her provincial government would no longer push for the pipeline’s construction.

“We are more confident than ever that Northern Gateway will never be built,” said Mary MacDonald of the Sea to Sands Conservation Alliance in Prince George, who are holding a fundraising dance and concert this Friday, June 26.

“Enbridge hasn’t given up yet, and so we’re not letting down our guard. The success of the Pull Together campaign shows just how determined people in B.C. are to stop this pipeline.”

Photos and event stories are available at the Pull Together website: http://pull-together.ca 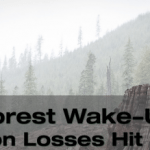 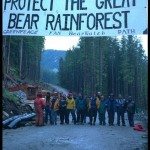