A new Sierra Club BC review of government data and recent satellite images shows logging of remaining old-growth rainforest on public and private lands on Vancouver Island is increasing. It was more than 10 percent higher in 2016 than the annual average in the 10-year period 2005–2015.

As climate change impacts worsen, we need to hit the brakes on cutting our most resilient and carbon rich forests—not speed up the destruction. As our forests and climate campaigner Jens Wieting points out in this Vancouver Sun article, time is running out for old-growth rainforests.

Learn about the importance of old-growth forests for fighting climate change with this 6-minute clip of Dr. Richard Hebda of the University of Victoria

In its election platform, the NDP stated it would take action for old-growth forests, modernize land use planning in partnership with First Nations, and use the ecosystem-based management of the Great Bear Rainforest as a model. These words are a good first step—now it is time for action.

“Ramping up old-growth logging instead of reducing it means that the inevitable transition to second-growth forestry will only become harder in the coming years,” says Arnold Bercov, President of the Public and Private Workers of Canada. “We need immediate action by the NDP government for sustainable second-growth forestry jobs and endangered old-growth, before more mills close their doors.”

The good news is that in recent years, support for protecting endangered old-growth on Vancouver Island has been growing quickly. Chambers of Commerce, local governments, forestry unions, First Nations leaders and conservation groups have all called on the provincial government to increase protection of old-growth for wildlife, First Nations’ cultural values, opportunities for tourism and recreation, and carbon storage.

By collaborating across sectors, we can achieve great successes—like we did in the Great Bear Rainforest.

Together with Ancient Forest Alliance and Wilderness Committee, we have asked the BC government to develop an Old-Growth Protection Act. We’re also calling for an immediate halt to logging in critical remaining intact old-growth areas like the Central Walbran before it is too late to develop long-term protection plans.

For real and lasting change to occur, these steps must be combined with support for new jobs in improved second-growth forest management and for First Nations land use planning and sustainable economic activities.

We need to act now—before Vancouver Island’s last great stands disappear forever. Will you add your name to our call for action? Please visit www.rainforestisland.ca today. 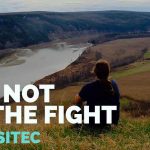 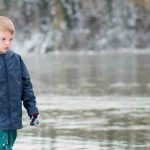