Vancouver Island lost another 100,000 hectares of old-growth rainforest in 11 years

VICTORIA—Sierra Club BC warns that high and increasing old-growth logging rates on Vancouver Island will lead to an ecological and economic collapse unless the B.C. government changes course. The Province must increase protection and introduce a plan to phase out old-growth logging including support for a faster transition towards sustainable, value-added second-growth logging.

A review of government logging data by the environmental organization shows that 243,000 hectares of rainforest were logged on Vancouver Island between 2004 and 2015. Of this amount, 100,000 hectares were old-growth rainforest.

“We are urging the B.C. government to take immediate action to protect and restore the coastal rainforests on Vancouver Island,” said Jens Wieting, Sierra Club BC’s forest and climate campaigner. “Leadership for the well-being of indigenous and non-indigenous communities, for biodiversity, clean air, clean water, long-term forestry jobs, and as one of the world’s most efficient carbon sinks is urgent.”

Despite the rapidly decreasing amount of old-growth rainforest on Vancouver Island, the average annual amount of old-growth logging has increased by 12 per cent. From 2007 to 2011, a period with an unfavourable market for wood products, 7,600 hectares of old-growth forest were logged annually. From 2011 to 2015 that amount increased to 9,000 hectares. Sierra Club BC estimates that only approximately 384,000 hectares of relatively productive, unprotected old-growth rainforest ecosystems remain today. Of this amount a significant portion is still at risk of being logged before the unavoidable transition to 100 per cent second-growth logging.

“It is only a matter of time before the logging industry runs out of old-growth trees and fully transitions to second-growth,” said Wieting. “But despite shrinking revenue and jobs from logging, and despite the increasing value of endangered old-growth for species, a diverse economy, climate action, and clean air and water, thousands of hectares of old-growth rainforest are still being cut every year.”

Today the vast majority of the original three million hectares of old-growth rainforest on the island has been logged and only about 10 per cent of the biggest trees are left standing. The original record-high carbon sink in ancient trees has been dramatically reduced as a result of the conversion of old to young forest and has contributed to climate change. A 2009 Sierra Club BC report estimates the overall loss of old-growth carbon on Vancouver Island as a result of logging to be at least 370 million tonnes of carbon dioxide, almost six times B.C.’s reported annual emissions.

In contrast, south of the Great Bear region coastal rainforests are in a state of ecological emergency as a result of too much logging and a dismal level of protection. Climate impacts like droughts and storms exert additional pressure resulting in severe consequences for watersheds and salmon. Raw-log exports are at a record high and jobs per cubic meter at a record low compared to other parts of the world, leaving neither healthy forests nor healthy communities. 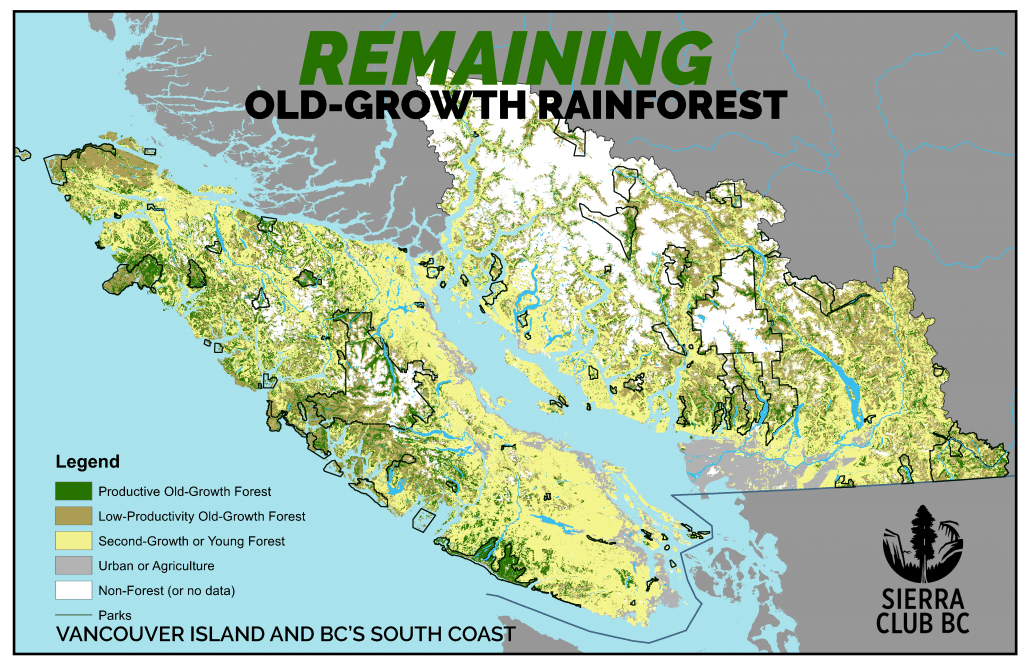 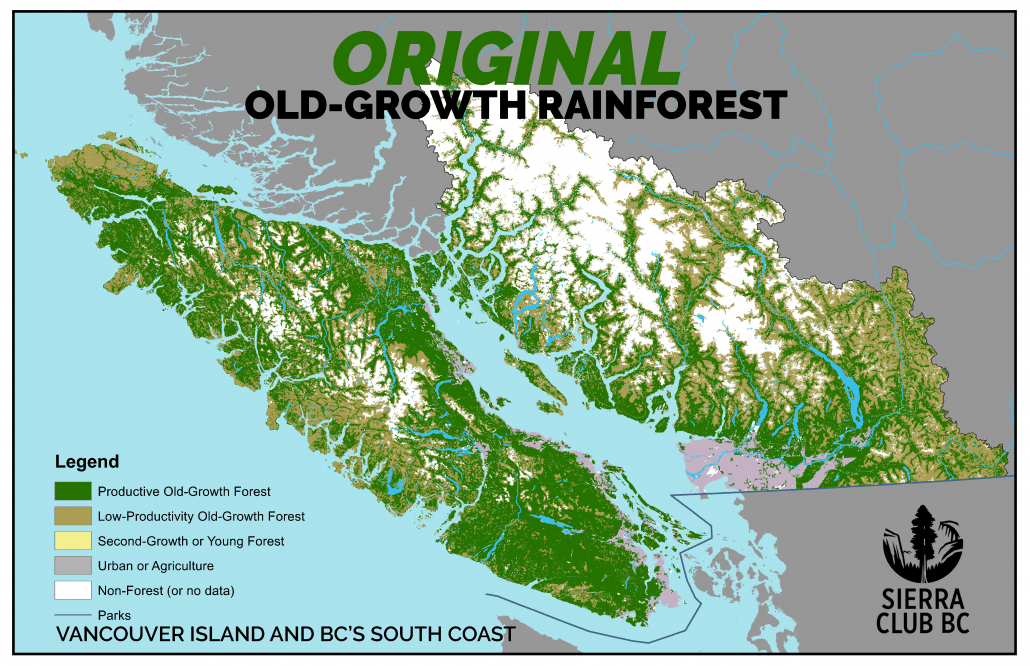 Media Centre
My Experience Volunteering with Sierra Club BC 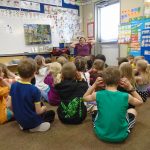 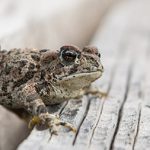