March 10, 2017, EDMONTON—Canada has failed to protect its largest World Heritage Site. A 10-day monitoring mission to Wood Buffalo National Park has resulted in a UN report strongly criticizing Canada. The park risks the embarrassment of joining the list of UNESCO’s List of World Heritage in Danger. The report can be found here.

The report notes that impacts on the park from development are “far more complex and severe than previously thought” and includes 17 recommendations for Canada. Canada is being given “one opportunity under the World Heritage Convention to immediately develop a structured and adequately funded response” to address the threats the Park is facing from:

The report concluded that anything less than a “major and timely” response to these recommendations would “constitute a case for recommending inscription of Wood Buffalo National Park on the List of World Heritage in Danger.”

The fact-finding mission was prompted by a petition from the Mikisew Cree First Nation in December 2014 to have the park added to UNESCO’s List of World Heritage in Danger.

“We agree with the report’s finding. We brought our petition to UNESCO because our way of life is tied to the Peace-Athabasca Delta and Canada’s failure to protect this important area has put our people at risk. Canada needs to respond quickly and strongly to implement the report’s recommendations because the Delta doesn’t have much time,” says Mikisew Chief Steve Courtoreille.

Melody Lepine, Mikisew’s lead for the UNESCO petition, added, “This report confirms what Mikisew elders have been saying for years. Canada may have ignored the Peace-Athabasca Delta and the Mikisew Cree in the past, but now the world will be watching. It’s time for Canada to start working with us to protect the Delta.”

Mikisew’s petition has been supported by former Parks Canada officials, leading scientists, indigenous groups and numerous non-governmental organizations, many of whom participated in the reactive monitoring mission. Mikisew’s supporters also welcomed the report.

“The report is clear that Canada hasn’t lived up to its promises to Canadians and to the world to protect the outstanding universal values in Wood Buffalo National Park. Now the future of Canada’s largest inland delta is, in the words of the report, ‘uncertain at the very best’,” said Alison Ronson, Executive Director of CPAWS Northern Alberta Chapter. “Canadian governments, including the Parks Canada Agency, have the capacity to do better. Now they have the roadmap to do it.”

“We applaud the report’s unequivocal conclusion that dams on the Peace River are putting this World Heritage Site at risk,” said Caleb Behn, Executive Director of the Keepers of the Water. “The mission experts looked at evidence from all perspectives and came to the conclusion that governments aren’t properly protecting the rivers that create this unique delta. The world is saying Canada has one chance to do better.”

“This damning report demonstrates the Trudeau government should never have allowed any approvals for the Site C megadam in the first place.,” said Galen Armstrong, Peace Valley Campaigner for the Sierra Club of BC. “Sierra Club BC is calling on the Trudeau government to suspend its approval of Site C and order an immediate halt to construction, while Canada assesses the report’s recommendations and implements changes. In the long run Site C simply cannot be built.”

“It is ironic to receive this report the same year Canada celebrates its 150th birthday by providing free access to all our National Parks,” says Candace Batycki, Program Director at Yellowstone to Yukon Conservation Initiative. “Will Wood Buffalo National Park remain an object of national pride, or will it become a symbol of the impacts runaway development and disrespect for indigenous lifeways have on nature and culture? Only strong leadership and action can prevent an international embarrassment.”

For interview with environmental group representatives:

Media Centre
Take your adventures outside this Spring Break! 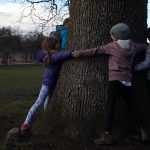 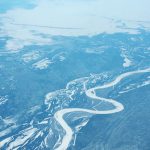