Sierra Club BC released the following statement from Climate and Conservation Campaigner Mark Worthing in response to the federal government’s decision to approve the Trans Mountain pipeline and tankers project:

“Saying yes to the Trans Mountain pipeline and tankers project is saying yes to more record-breaking wildfire destruction, droughts, rising sea levels and acidifying oceans. We are in a climate emergency. We must act like we are. We say yes to keeping rivers wild and full of salmon for food and ecosystems. We say yes to clean water. We say yes to a truly sustainable economy.

“We say yes to honouring Indigenous governance. The federal government’s understanding of what represents genuine consultation and consent must change.

“The Trudeau government boxed itself into a corner when it panicked and purchased the pipeline. Taxpayers are now on the hook for $4.5 billion to buy it and an additional $7.4 billion for construction.

“It’s costing taxpayers more than $12 billion to have Alberta, Ontario, Saskatchewan, Manitoba and New Brunswick reject even modest climate action. We are not on track to meet our Paris climate targets.

“We will not stop standing up for wild salmon and clean water by opposing the Trans Mountain pipeline and tankers project. We will not stop working to avert climate breakdown and ecological collapse, and the economic collapse that will follow. We will not stop fighting for a livable future for our young people.

“Expanding fossil fuel infrastructure is a violent act towards current and future generations. It has to stop. Now.” 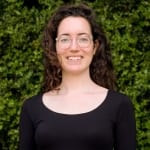 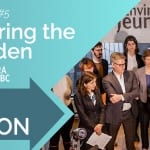