Director of Operations and Communications 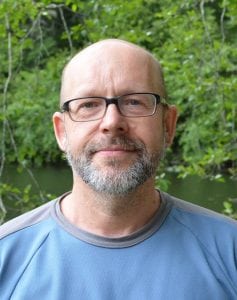 Tim Pearson grew up in the UK and fell in love with the outdoors on summer camping trips to the highlands of Scotland and skiing in the Austrian and Italian alps. Arriving in B.C. as teenager, he lived in Kitimat and Smithers, where he first awakened to environmental issues during the debate over Alcan’s Kemano Completion Project and its potentially devastating effects on the Bulkley River.

Tim attended the University of British Columbia, where he picked up an English degree and a passion for political debate and engagement.

Moving to Ottawa in the late 1980s, he began his communications career in the theatre world as a publicist for a small local theatre and then with the National Arts Centre. But it was not long before the stunning beauty of B.C.’s coast called him back.  In 1993, he moved to Victoria and began doing communications work for the B.C. government, where he handled resource, economic, environmental and First Nations issues. One of the highlights of his government career was being part of the team that worked on the ratification and implementation of the historic Nisga’a Treaty. Most recently, Tim worked as communications director for the leader’s office of the New Democrat opposition.

Tim has two daughters who make him proud every day. He loves hiking, biking, camping and kayaking, is an avid reader of both fiction and non-fiction, and enjoys nothing more than cooking a great meal for family and friends. When he’s not doing any of those things, he can often be found in a hammock, gazing into the big blue beyond, and slowly sipping a passable glass of red wine. 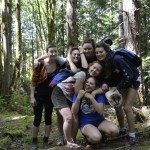