Western screech-owls (Megascops kennicottii) are occupying an area in the Caycuse Valley that is under threat of being logged. Royann Petrell, a retired UBC professor, has evidence of the threatened western screech-owls living in four locations throughout the Valley and neighbouring watersheds like Fairy Creek. She captured audio recordings and photos of the owls five times within the past two months.

“It’s incredible to know that threatened western screech-owls live here, but also worrying as their old-growth habitat is at risk of being logged,” said Donna Clark and Sara Ross of the Community Nest Finding Network. “Identifying and protecting their nesting sites is essential in saving a species that’s already lost so much habitat.”

Under the BC Wildlife Act it is an offence for anyone to harm, molest or destroy a nest that is occupied by a bird or egg. According to email correspondence with Royann, a biologist working for FLNRORD notified Teal-Jones that in order to ensure compliance with the Wildlife Act, they recommended they delay harvest at the Caycuse site until after breeding season.

“There are regulations in place, admittedly weak ones, that attempt to protect wildlife in B.C. from harm,” said Charlotte Dawe, Conservation and Policy Campaigner for the Wilderness Committee. “If Teal-Jones cannot even respect the few laws to save at-risk wildlife, then perhaps it’s not a company that should operate here at all.”

Western screech-owls are listed under the federal Species at Risk Act (SARA) as threatened. Under SARA, responsibility is first given to the province to protect habitat and nests. But if B.C.’s laws do not effectively protect the species or the residence of its individuals, the federal minister of environment must recommend an order be made to protect the individuals and their nests.

“We have a law in Canada to protect wildlife at risk. A federal order to protect western screech-owl habitat is possible if B.C. fails on habitat protection,” said Dawe. “Both the B.C. government and Teal-Jones need to take recovery of at-risk wildlife seriously or risk federal intervention.”

Western screech-owls kennicottii subspecies rely on old-growth forests, where there is a high density of dead trees required for breeding and fewer predators.

“When old-growth gets destroyed for short-term economic profits we lose critical biodiversity habitat forever. Right now the only thing standing between western screech-owls and Teal-Jones chainsaws is forest defenders who are getting dragged off in cuffs by the RCMP,” said Mark Worthing, Coastal Projects Lead at Sierra Club BC. “With the absence of any endangered species legislation in B.C. and a rarity of political leadership on the biodiversity crisis, it feels like the environment minister is also a rare and endangered species.”

Teal-Jones is poised to log several cutblocks in the upper Caycuse Valley. This week, the RCMP is enforcing an injunction against blockades that have prevented this logging to date, and have arrested over 20 people there in the last three days.

The groups are calling on Premier John Horgan to respect wildlife living in the forest and halt operations until wildlife biologists can complete studies to confirm habitat requirements for a stable population of owls in the region. At the very least, no further forestry activity should continue during the active breeding season. 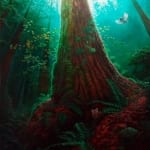 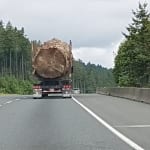 Sierra Club BC: Huge trees like the spruce in logging truck photo still without...
Scroll to top
MENU