I live deep in the woods by a beautiful watershed outside of a small town called Ymir. There are paths for mountain bikers to go on, bushes of berries for the animals to feed on, and of course the creek full of freezing water that splashes against the mossy rock sides. The water flows down through the forest, getting filtered for the people of Ymir to drink, bathe in, and use to prepare food. This forest is home to hundreds of evergreens and many, many small and large animals. My favourite time in the forest is the night, the calmest time. When all you can hear is the stream trickling around bends. The day is also very beautiful when everything is alive. People come and sit up here on stumps and just watch the wildlife that surrounds us. My favourite people that come up here are kids exploring the forest and trying to cross the rushing water on the slippery rocks without falling in. I have lived here for hundreds of years, so I love watching the kids grow old. My roots are spread in all directions connecting with my family – The Trees.

One day in early fall, four workmen with bright orange jackets and hard hats drove up the bumpy dirt road into my woods. The shortest worker was carrying a small neon string. He tied the string around one of the huge trunks and left. Early the next morning more workmen came and started tying the strings around more trees. When the sun was just starting to retire for the day they reached the end of the forest, where I, the biggest of all of my family, stood. One of the men took out an extra-large pink string and tied it around my wide trunk. That night the workers stayed right by the creek. Every one of the hundreds of trees in my forest had bright ribbons around them, including me. That night I wondered – What did the strings mean? Were they going to stay on us forever or will they fall off with time? The next day, I found out exactly their purpose. Around thirty-three workmen with huge loud stinky machines spewing black smoke trudged into our woods.

The animals quickly ran and hid in every place they could find for safety. Before I knew it, the loud machines were digging into the beautiful bark. A slaughtering of the forest had begun. One by one my family was on the ground, dead. Everything was mayhem. Trees were falling every three seconds and the machines made a terrible shrieking sound as they sliced through the tough skin of my relatives. The small animals that were hiding in the branches scurried in panic to get down before the trees hit the ground, which was now littered in orange, brown, and green leaves. I wanted to do something, but all I could do was stand there watching my gorgeous forest come crashing down before my eyes. The smoke and dark liquid from the machines was trickling into the crystal clear water that was now midnight black.

Eventually, the workmen with their huge noisy machines came to the last tree. By now there was a huge crowd gathered, half the town was here. One of the workmen, probably the leader, brought out a big chainsaw and it quickly started making ear-splitting sounds. Before I could see what he was about to do I felt it, like a pain shooting through me rushing down my trunk and down to my roots. When the workman stopped for a moment to reposition, a little girl about the age of ten jumped up onto the stump of my neighbouring tree. The girl had red hair in intricate braids with lots of freckles. She was wearing plain jeans and a tank top but she was very beautiful. The girl grabbed onto my lowest branch and started climbing. She didn’t stop until my branches got too weak to hold her.

“Why are you doing this?’’ she asked the man holding the chain saw. “These trees have been here hundreds of years; it is not our right to cut them down. If all these trees come down and you start building up here, our drinking water will become polluted. So how will we live here?”

Then and there that little girl gave me hope. Hope that maybe this wasn’t the end of my life.

“Megan, get down NOW. There’s nothing we can do!” a woman I assumed to be the girl’s mother screamed as tears started to well in her eyes.

A little boy who looked around eight with bluey green eyes ran through the worried people.

‘’But if no one’s gonna stop this madness, then we have to!’’ he yelled, reaching for Megan’s hand.

Young boys and girls of all ages started climbing up my branches. All of the adults were either too shocked to do anything or too far away. After five minutes, at least ten kids had made their way up with many worried parents screaming at them to come down. A few even tried to climb me but they quickly fell back down.

“Kids get down here or else we will have to physically remove you from that tree. We’re just doing our job,” the workmen yelled, starting to get fed up. “If you have a problem with it you gotta talk to our boss.”

Hours passed and the workmen eventually retreated from the forest. The children remained in my branches against the protest of their parents. In the middle of the night, when all the adults were asleep below, the kids climbed down slowly and quietly, my trunk aching as they stepped into the place where the murderers dug into me. The big machines were still up in the woods. It was a sign: the workmen were not done here. The kids pulled out a big bag of seeds and started sprinkling them all along the ground. Then I figured out what they were doing, they were planting trees! When they were done planting the seeds they poured water from the stream all along the ground as well. That took a long time considering they had nothing but their hands to put the water in and it was pitch black. Many of the younger kids spilled it all on themselves before they even got there but it didn’t matter; it warmed my heart that they even cared. At one point, a young girl named Cecelia reached down to get the water, sleepily, and tumbled into the stream. She came up coughing and soaking wet but thankfully didn’t wake anyone because all of the other kids ran over and quickly bundled her up with their jackets, making sure to check for any damage. After a while she eventually stopped crying.

When the sun was just coming over the mountain the children had just fallen asleep on the ground with their parents. Megan came over to me. She didn’t say anything but put her hand on my trunk for a long time. Then suddenly, the loggers came, and before any of the kids could do anything I was falling. The birds that were perched high in my branches scattered quickly, shrieking in distress. I hit the ground hard, a last strike of pain rippling through my roots as I detached from the earth.

The last thing I saw was many of the parents holding their children as hot tears streamed down their small faces. The animals would never have a home up here again; everyone in Ymir would have to leave because the stream would no longer be drinkable and will eventually dry up with time. I would do anything to go back a week ago when the sun would shine on my dew dropped leaves as I woke up to the beautiful bird calls. The animals would drink out of that crystal clear sparkling stream as they galloped across the soft green moss tumbling over each other. A last huge thud echoes in my ears. I feel wet as I plunge into the shallow water of the stream, my branches tangling in the rocks as the current pulls me down.

This was the end.

Please keep looking out for us.

Charlotte Malcolmson, age 12, is a student at the Wildflower School in Nelson, BC.

We owe it to our kids to advocate for safe in-person learning. Take action to make outdoor learning accessible for all. Send a letter to the BC government today.

Photo by Jens Wieting/Sierra Club BC

Media Centre
Thanks for calling on the B.C. government to stop Site C! 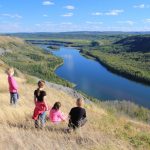 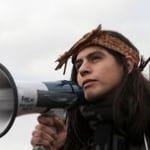