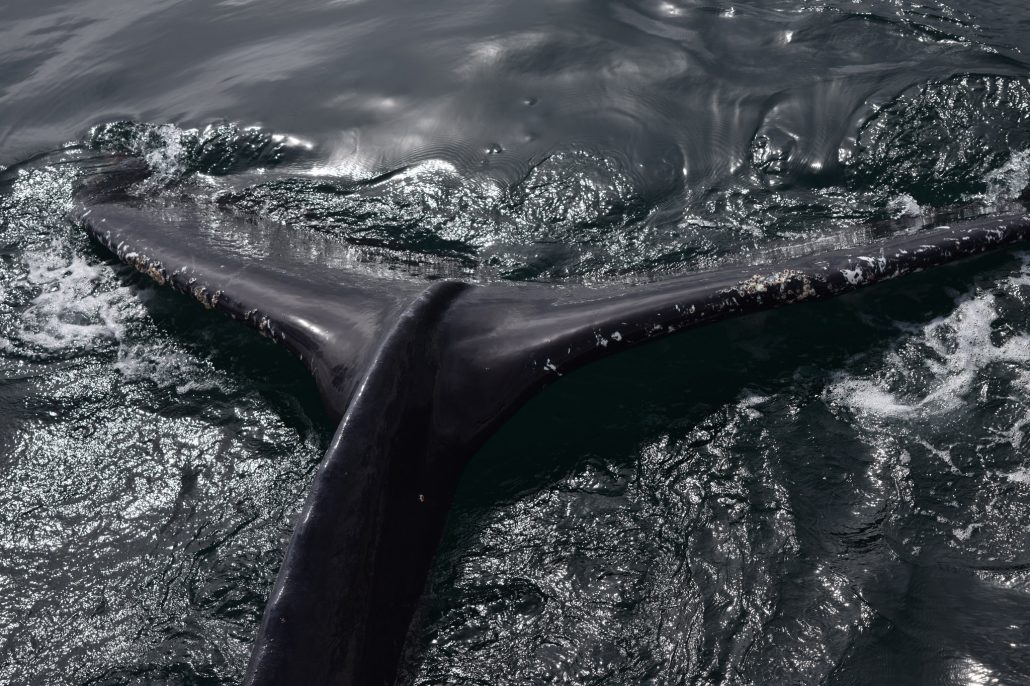 Standing at Clover Point and looking out into the Salish Sea, it’s hard to believe there are giants swimming just off in the distance: humpback whales. Humpbacks reach lengths of 17 m (55 ft) and 40,000 kg (88,184 lbs). They are predominantly black with variable amounts of white ventrally. The whales have huge pectoral flippers that can reach about a third of the length of their body.  Their underside has 14-35 ventral pleats that span from their chin all the way down to their navel. These pleats will expand like an accordion while feeding, allowing them to take in massive amounts of food. Lining the tops of their mouths, they have 270-400 plates of baleen that work as a big filter. Humpbacks get their name from a small hump with a little dorsal fin located about two-thirds of the way down their bodies. When they go down for a deep dive and arch their backs, you can really see why they got their name, creating a big hump as they descend into the depth of the sea.

They have travelled all the way here from the warm waters surrounding the Hawaiian Islands or Baja Mexico, and most are heading even further north. These whales do one of the longest migrations of any species on the planet, swimming almost 20,000 km each year! They do this migration because they must give birth in the warm waters and eat in the the cold waters. 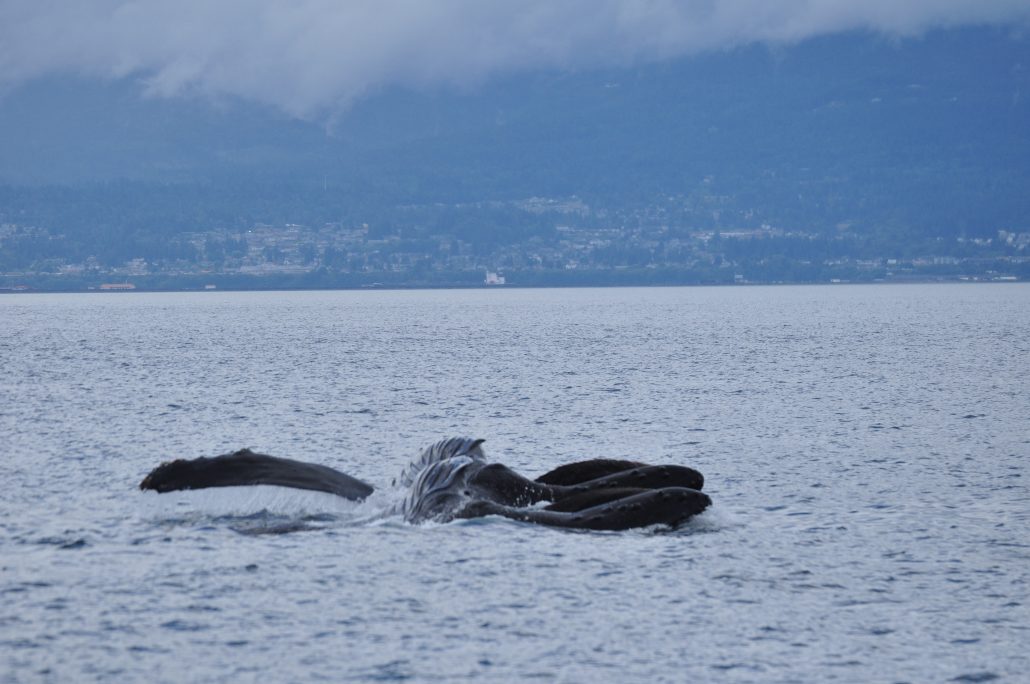 After around a 12 month gestation period, the calves are born in the warm waters. Here, they will take a month or two to build up their blubber layer on mom’s nutrient rich milk, before heading north. The males and females that have not given birth that year will travel north before the new mothers and calves. Where they end up is completely dependent on where they find food. This will generally be the cold oxygen-rich waters near Alaska. However, sometimes they will find large schools of krill, pilcher or herring along the way, and have no need to continue on further.

Feeding time is immensely important for these animals, because they can go up to 8 months without food. They have developed a unique way of feeding that allows them to engulf massive amounts of food with one big sweep. Humpbacks will find a school of their prey, scare it into a ball and lunge at it with their mouths wide open, often breaching the surface with their mouths agape! They will then partially close the mouth, push the tongue against the roof of the mouth, and push all the water and small particulate out through the baleen, then gulp back the food whole. Ideally, humpbacks will eat one tonne of food a day in their feeding grounds. 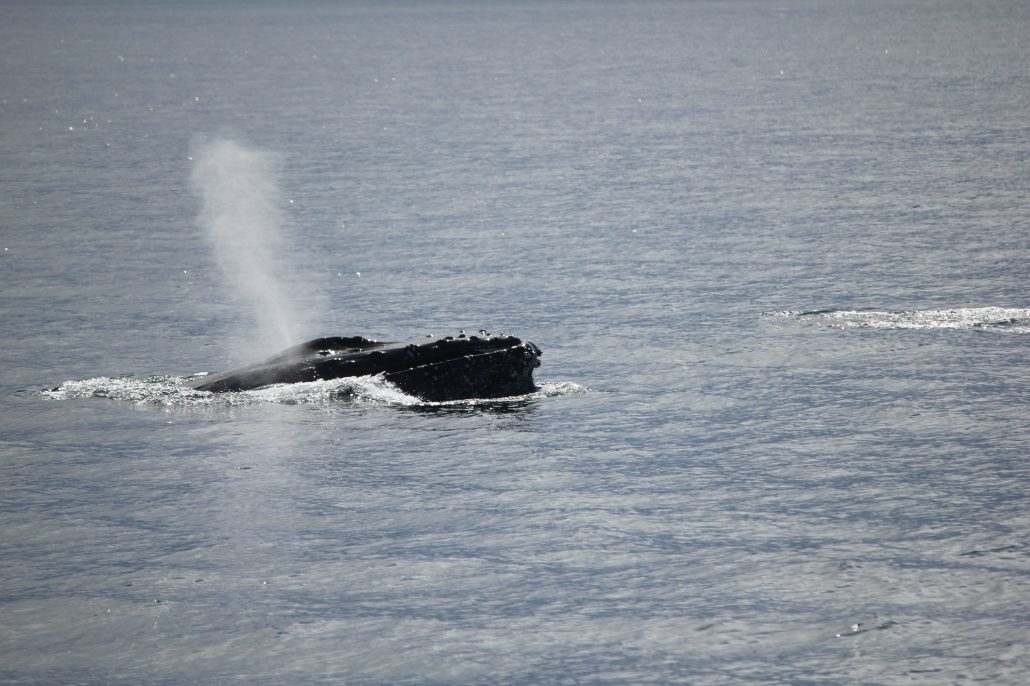 Commercial whaling of humpbacks in the 19th and 20th centuries took a great toll on the North Pacific population. The International Whaling Commission banned hunting of humpbacks in 1966. Unfortunately, by this point only 1200-1400 whales remained from a population that was thought to be greater than 15,000. Since this time, it is believed that they have almost made a full recovery. The greatest threats to these whales now are entanglement in fishing gear and ship strikes.

It is quite remarkable how quickly a species can bounce back when given the chance.  If there is ever an ounce of doubt that our actions won’t make a difference, we have to look back at success stories like this one to remind ourselves that we can make positive change.

Want to support strong environmental education in BC? Please consider making a donation to Sierra Club BC today.