A Day to Acknowledge our Connections 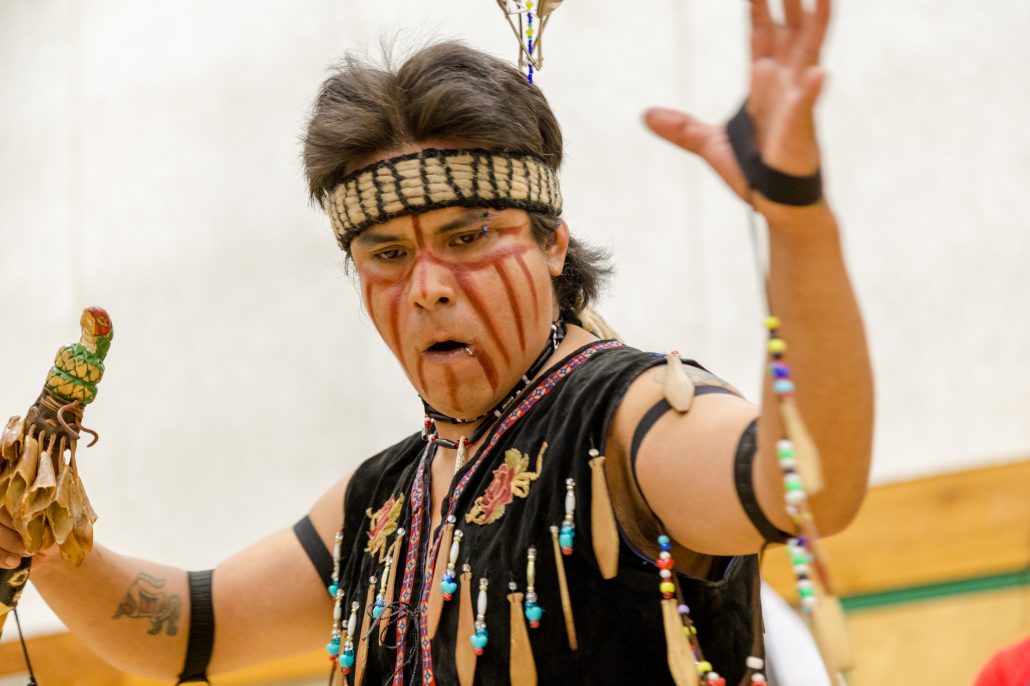 This was just some of the feedback we got from the more than 300 people who joined W̱JOȽEȽP (Tsartlip) Nation and Sierra Club BC and on May 29th for a day of growth, collaboration, and celebration.

In the spirit of Nétsamaát (we are all one), indigenous and the local non-Aboriginal community gathered to learn about W̱SÁNEĆ and Salish Sea cultures, the environmental threats we face, and how we must work together to move forward.

Our communities and ecosystems like the Salish Sea are constantly threatened by environment and climate damaging projects. In the words of Grand Chief Stewart Phillip, we are facing “Battleground B.C.” Instead of pursuing energy projects like wind, solar, tidal, and geothermal, our governments work with fossil fuel industries to push fracked gas projects like the ones in Bamberton-Malahat, Howe Sound, and Lelu Island. Instead of moving subsidies to create clean, green jobs, we keep helping companies like Enbridge and Kinder Morgan put pipes and tankers through where we live and where our children play. 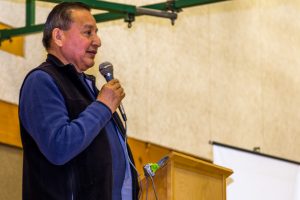 This gathering was about sharing First Nations culture and showcasing the beautiful communities that are threatened by these projects. We learned about traditional medicines and how to make cedar roses and drums. We watched dancers and drummers, and heard knowledge and stories from Elders, most notably Tom Sampson. We heard from panels of scientists and experts about the threats to these waters, and from organizations working to protect and recover ecosystems, rights, and territories. We also ate delicious salmon dinner cooked over the fire, sitting on the sunny lawn listening to drummers and visiting. 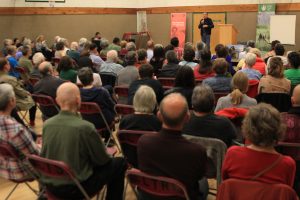 The crowd at the Salish Sea Gathering. Photo by Sue Elrington

There is much to be done as we seek to become a place where First Nations Rights and Title are respected. Where tankers don’t take priority over endangered orca populations, and where exporting LNG doesn’t mean compromising treaty rights. Where we think beyond the timeframe of an election cycle and beyond our fence lines or sightlines to consider the protection and well-being of our grandchildren and their grandchildren.

But first we have to think about what it means to stop fighting individual projects. It’s time we start to connect the dots between these projects and their impacts, and shift our thinking towards the systemic changes that we need, and part of that is supporting the Nations on the frontlines. There can be no environmental protection without justice; recognizing the inherent rights and Indigenous people is only the very beginning. Reconciliation and decolonization mean we must recognize the different responsibilities that come with all being treaty people. This is the only sustainable and just way forward for everyone. 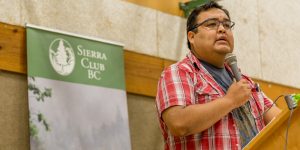 With representatives from Lummi and Tsleil-Waututh Nations, and discussions about Treaty 8 Nations fighting Site C Dam and the Tsimshian Women’s Council protecting Lelu Island from Petronas, this event helped to lay the groundwork for more meaningful engagement across the province and waters, and across our cultures. 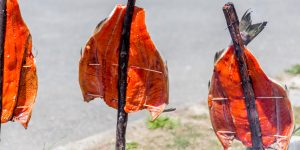 Cooking salmon over the fire at the Salish Sea Gathering. Photo by Sean Saulnier

It was also about showing that when we come together, with the shared interest of protecting the land, air, and ocean, we are more powerful that we could imagine. As the Grand Chief also said, the time has come and we must “Organize, organize, organize.”

Thank you to everyone who came and donated their time, energy, and expertise. Without the gracious partnership of the W̱JOȽEȽP (Tsartlip) Nation, this day could not have happened, and we are so grateful to Chief Don Tom, Karen Harry, and Council as well as staff at the W̱SÁNEĆ School Board. Sue Hallatt and Erich Nahser-Ringer from the CRD also provided vital support.

The list below outlines the groups and individuals involved in the gathering, but could not capture all the elders, cooks, volunteers, artists, and members of the communities that made the day the success that it was.

Samara for letting us present his short film, “This Living Salish Sea”

And especially Al Sam who stepped into the role of MC

With special thanks to WSANEC community members:

Other sponsors and supporters included: