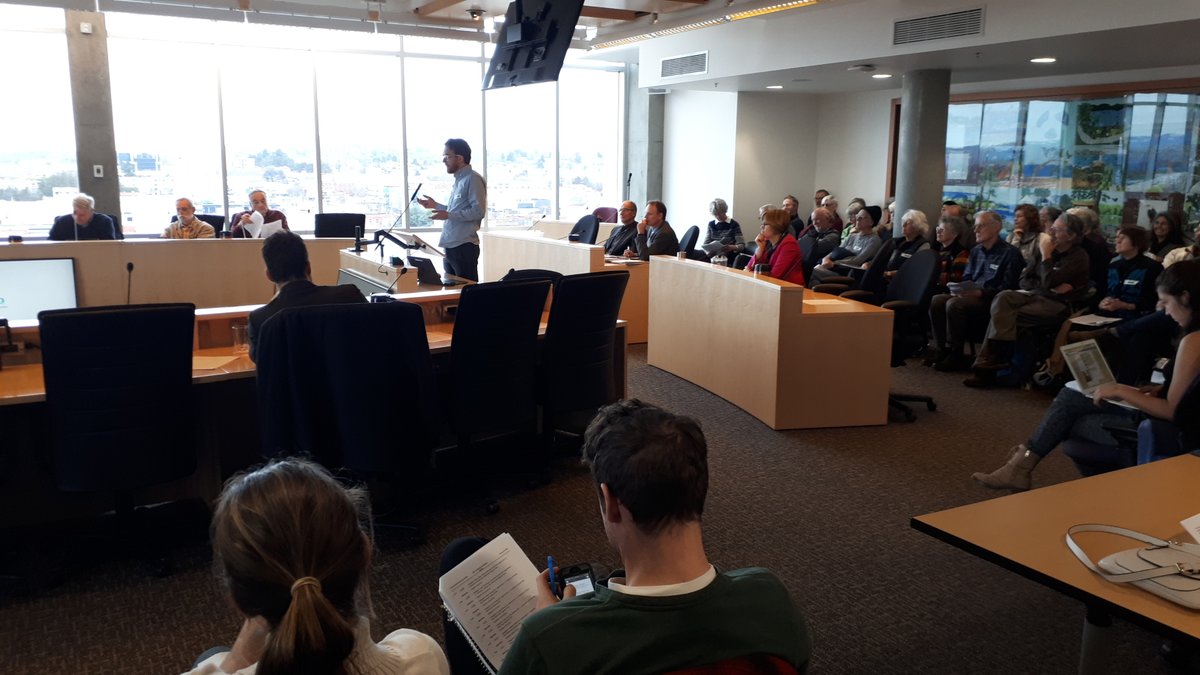 Last week, I was proud to stand alongside Sierra Club BC supporters and volunteers, representatives from other organizations, and community members in speaking up for protection of the Sooke Hills Regional Wilderness Park.

A couple of weeks earlier, news started to spread that the BC government was planning to announce a feasibility study on (get this!) punching a road through the Sooke Hills as an alternative to the Malahat section of highway. Negative reaction to this plan was strong and swift.

Sierra Club BC received numerous emails of concern from our members, and we knew this was something we would not stay silent on.

That’s why I attended the Capital Regional District (CRD) Park and Environment Committee’s meeting and spoke along with more than thirty others—all against the Province’s anticipated proposal. 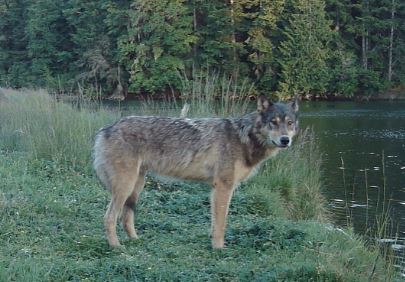 Grey wolf in the Sooke Hills. Photo by Gary Schroyen.

In our fifty years as an organization, Sierra Club BC’s members and supporters have fought many fights, all across the province, to protect fragile ecosystems and irreplaceable places. The Sooke Hills is one of those places. In the 1990s, our members were among the many voices calling for protection of this local treasure.

The value of the place was easily understood, and it was protected under the management of the CRD.

Now that we find ourselves in the position of fighting again for protection of the Sooke Hills, it provides us, as individuals, communities, and as a province, a chance to remember why this place matters.

The Sooke Hills is valuable for a myriad of reasons. Its forest acts as a buffer for the watershed that provides drinking water for Greater Victoria. That alone is enough, and should be enough for the Province to understand.

This threat also comes in the era of climate change. We have no time to waste, and we must move quickly on climate solutions such as improved public transportation. Building a road through the Sooke Hills should not be on the table, and certainly not before far more reasonable solutions are attempted; for example, bringing back train service, creating a dedicated bus lane, and reducing the cost of taking public transit on this route. 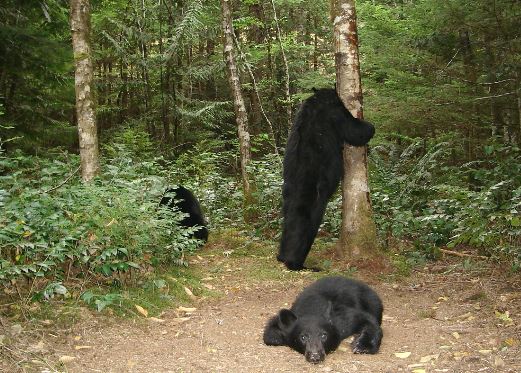 We heard about climate change, forest fires, freshwater and protection of ecosystems for wildlife such as the endangered marbled murrelet.

One person we did not hear from at this meeting was wildlife photographer Gary Schroyen. Instead, meeting attendees and committee members sat in rapt silence as Gary used his four minutes to show breathtaking photos of bears, elk, cougars and more, taken in and around the Sooke Hills protected area.

The only sounds in the room were the occasional gasp or “wow” as the photos showcased wildlife that most of us are rarely if ever able to see—wildlife that is protected from, and now threatened by, a new “emergency” highway. 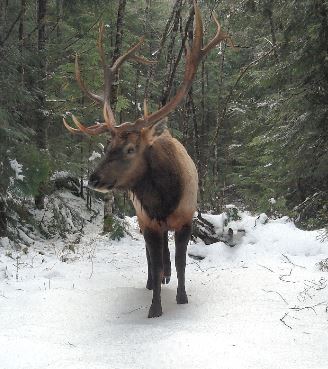 Bull elk in the Sooke Hills. Photo by Gary Schroyen.

The meeting went well. After hearing the unanimous message from community members, the committee voted (almost unanimously) to recommend to the CRD that they send the Province a clear message: the Sooke Hills Wilderness Park exists for very good reasons, and it must continue to exist as it is.

The CRD Board met on March 13 and voted to follow the recommendations from the Parks and Environment Committee and the Water Commission to tell the Province that a road through this area is unwanted. Now the ball is in the Province’s court.

I suspect by now the Province has noticed this strong reaction to what is clearly a very bad idea. It is my hope that they will scrap the feasibility study and get to work on modern, smart solutions to our transportation problems and climate change crisis.

And until they do, we will continue to stand up and speak out.

We are pleased to invite you to join Sierra Club BC as we participate in the  GVAT potluck series.

END_OF_DOCUMENT_TOKEN_TO_BE_REPLACED

We are pleased to invite Sierra Club BC members to a pre-film gathering on October 10 at the West Coast Grill (Prestige Oceanfront) from 5-6:30 in Sooke.