“Nature is not a place to visit. It is home.”
– Gary Snyder

Across the province, a mysterious ecosystem has been developing for tens of thousands to millions of years. Created by the dissolving action of slightly acidic rainwater on carbonate bedrock (e.g. limestone), karst lands are a Tolkien novel brought to life. 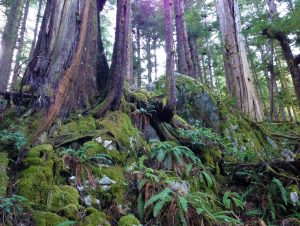 Massive old-growth trees flourish on the epikarst, the exposed upper zone of a karst system. Their gnarly roots reach into the depths of the underworld, in search of water and nutrients.

The excellent drainage and nutrient recycling provided by the karst results in coastal old-growth trees with impressive height and diameter growth.

According to Martin Davis, a karst biologist, the only trees comparable to those in the karst lands are found in areas of deep soils and alluvium.

His field observations suggest that old-growth trees underlain by karst are healthier and larger in comparison to ancient trees growing on non-karst substrate in adjacent areas.

Rainwater comes into contact with the epikarst, gradually opening up fractures in the limestone. The water slips through the subsurface, connecting with a cave stream. Alternatively, surface streams may suddenly “disappear” into the secret world beneath our feet, forming a subterranean river. 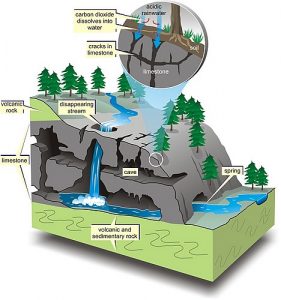 Rare and endangered species dwelling in the karst cave systems, such as the Quatsino Cave Amphipod (Stygobromus quatsinensis), are completely dependent on dissolved nutrients transported by the water. 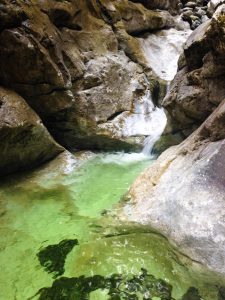 Eventually, karst waters reemerge at a karst spring, flowing perhaps into a drinking watershed, or into a fish-bearing stream, such as the Walbran River.

I returned to the Walbran in early April to test the electrical conductivity (EC) of surface streams flowing throughout the valley. This research was part of my environmental capstone on Coastal Karst Ecosystems, a graduation requirement from the SFU Bachelor of Environment program.

Electrical conductivity (EC), the capacity of water to conduct an electrical current, is typically 5 – 10 times greater in karst waters in comparison to non-karst waters[1]. I was interested in determining whether the karst had a noticeable effect on the physical and chemical properties of the water.

The results suggest that surface streams within and adjacent to cutblocks 4403 and 4405 in the Walbran Valley are influenced by karst. These areas contained limestone outcrops, ancient trees growing on the epikarst, and sinkholes, features indicative of karst lands. 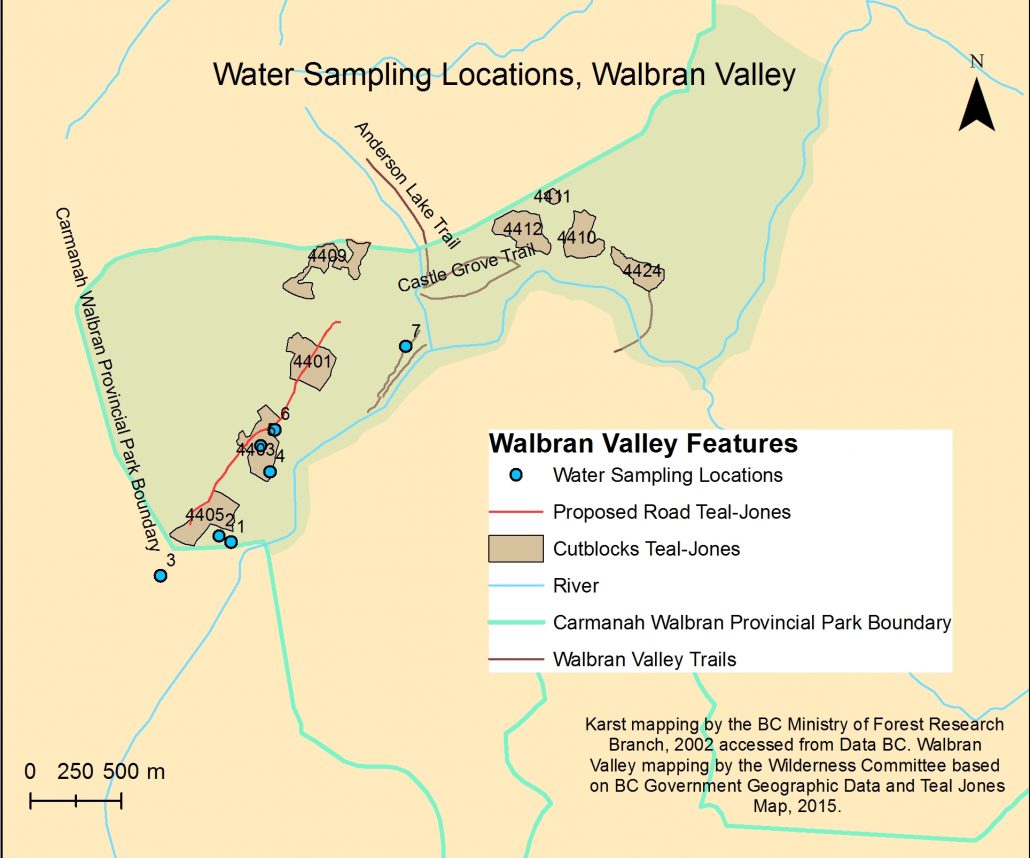 As a rule of thumb, karst waters will have EC readings greater than 50 µS/cm, according to B.C.’s karst expert. 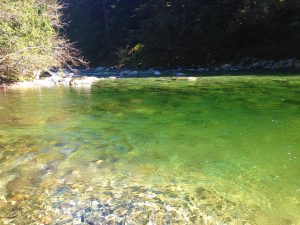 Many of the water samples had EC readings four times greater than the benchmark value. All of the samples had slightly alkaline pH readings, which is also a good indicator of karst waters.

Perhaps there is a reason why people feel “electrified”, “energized” and “rejuvenated” after swimming in the Walbran’s jade green waters.

Why is it important to determine if karst waters are present in the Walbran Valley?

While highly productive, karst systems are extremely vulnerable to contamination because the surface water receives minimal filtration as it flows underground. In Walkerton, Ontario, seven people died and thousands fell ill when runoff contaminated with E. Coli flowed directly into a karst aquifer via underground streams. Greater research and protection measures need to be taken in karst areas, as they are susceptible to disruption and can have direct influence on aquatic ecosystem and human health.

Teal-Jones has proposed to construct a road through the heart of this highly sensitive, karstified landscape. 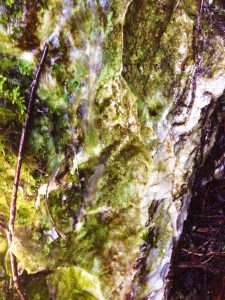 Karst features in the Walbran Valley

Directly below the proposed road on a steep slope, lies a karst swallet, an opening in the surface where water drains into an underground channel. During my previous visit to the Walbran in October, surface water was rushing rapidly into the subterranean world. In April, a small subsurface stream could be seen flowing over the pure white limestone. Cavers have noted that because there is a lack of surface streams in the area, it is likely that there are extensive subsurface karst water systems draining into the Walbran River.

B.C. needs to adopt karst ecosystem-based management, similar to Alaska, in order to ensure that the entire karst system is protected. Buffer zones need to be set from well-developed karst systems to ensure that the biological and hydrological integrity of karst lands are not adversely impacted. Karst vulnerability mapping and thorough research of subsurface drainage patterns (e.g. dye tracer testing) need to be conducted in the Walbran Valley because the extent of these systems is largely unknown.

With a greater emphasis on karst research in B.C., we will gain a holistic understanding of these complex systems and be able to establish progressive karst protection policies.

I would like to thank Shane Johnson and Michael Neate for their guidance and wisdom in the field. Your stories and laughter made the Walbran even more special.

[1] The chemical reaction between carbonate bedrock and slightly acidic rainwater results in a greater number of free ions present in solution in comparison to non-karst waters, increasing the EC.

Read her other blogs about karst and the Walbran Valley:

What Lies Beneath the Walbran

Karst: A Winter Chalet for Bats