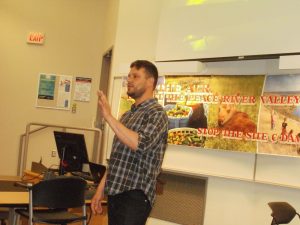 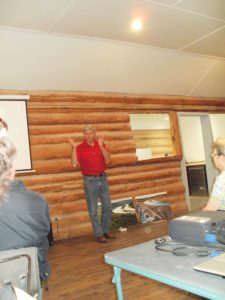 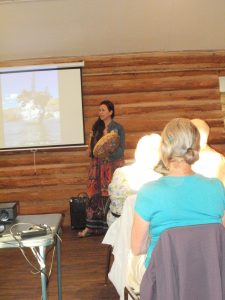 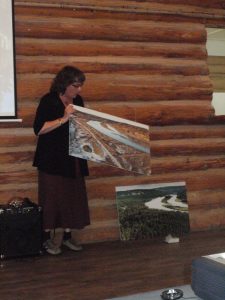 Although many might be hearing about it for the first time, residents of Kamloops, B.C. have been fighting the Ajax mine development for several years. The gigantic open-pit gold and copper mine is proposed to be built on the edge of this busy urban centre. A recent report commissioned by Sierra Club BC shows what local residents have always known: this is no place for an open-pit mine.

Until April 11, 2016, the Canadian Environmental Assessment Agency is accepting public comments on the Ajax Mine proposal.

Given its proximity to several residential neighbourhoods, it should come as no surprise that Ajax Mine would negatively impact the air quality and the health of local residents. The mine would be situated within six kilometres of eight elementary schools, four high schools, four senior residences, one hospital and the Thompson Rivers University. There are homes in close proximity to the site, and the closest Kamloops neighbourhood and elementary school is within two kilometres of the proposed mine.

The only surprise is Ajax’s promise of “zero harm” and its promise to “meet or exceed all environmental laws and regulations”. Our report, conducted by hydrogeologist, Dr. Kevin Morin highlighted a number of serious public health concerns and ecological impacts that are likely to ensue if Ajax is allowed to proceed.

Concerns raised in the expert report include the contamination of groundwater and the Peterson Creek Aquifer—a source of domestic water and tributary to the Thompson River. Another report, conducted by Dr. Steyn, an air quality expert, suggests the mine would increase fine dust particles in the Kamloops airshed and negatively impact health of residents.

Dr. Morin’s report also highlights concerns over the way Ajax assessed the mine’s threat to the local environment. The report suggests that Ajax “significantly underestimates the likely contamination of water leaving the mine site. Thus, the Ajax modelling  underestimates the potential damage to human health and the environment that could be caused by its mine.

It is vitally important the Canadian Environmental Assessment Agency hear from concerned citizens, and experts like Dr. Morin and Dr. Steyn, rather than simply relying on flawed modelling by the company who seeks to profit if the project goes ahead.

As if the threats to environment and health were not enough, Ajax mine would also destroy part of Jacko Lake and Peterson Creek, sacred to First Nations. Jacko Lake (Pipsell in Secwepemc language) is the site of an epic Secwepemc traditional oral story called the ‘Trout Children,’ and its bountiful fishing helped feed ancestors of today’s Stk’emlupsemc te Secwepemc Nation (SSN). Perched on a high grassland plateau just above the city of Kamloops, the lake is home to an amazing biodiversity and is visited by more than 130 bird species and 40 mammals. Human artifacts dating back 7,000 years have been found around the lake. Ajax’s mine would literally need to dam-off and destroy 20,400 m2 of productive habitat within Jacko Lake. The SSN people, who still fish on the lake today, like thousands of local and international anglers every year, are squarely opposed to this scheme and have recently filed a claim asserting title to the lands and waters where the mine would be located.

Have your say on the proposed Ajax Mine by April 11

The fact that such a large-scale mining operation in such close proximity to an urban area wasn’t weeded out earlier in the process highlights the way B.C.’s outdated mining legislation puts the mining industry ahead of the health and well-being of communities and watersheds. In a modern, diversified economy, mining is only one economic activity among many. B.C. should update its antiquated mining laws and take a good look at the costs and benefits of mining versus other economic activities. And, as with any project, the Ajax decision and B.C.’s mining legislation must respect the rights and title of First Nations, and the principle of free, prior, and informed consent.

With thanks to the Kamloops Area Preservation Association (KAPA), Kamloops Moms For Clean Air, Kamloops Physicians for a Healthy Environment, Concerned Citizens of Kamloops, and Mining Watch Canada for a great collaboration!