Sierra Club BC welcomes our new Youth Advisor, Rebecca Wolf Gage. Rebecca is a 13-year-old youth climate strike organizer living on Lekwungen territory. She is also one of four teenagers taking the federal government to court on the grounds that the decision to buy the Trans Mountain pipeline directly violates the rights of young Canadians by refusing to consider the extreme climate change impacts of the pipeline on youth. Our team is excited to be working with and learning from Rebecca. We have reprinted here a speech Rebecca gave at a climate strike on May 3, 2019.

Hello. My name is Rebecca Wolf Gage. I am the founder and one of the organizers of the Victoria youth climate strike.

Lucky. Lucky is an interesting concept. If you win the lottery you are considered lucky, but can you be lucky without buying a lottery ticket? Can you be lucky even without thinking about it? You might not think you’re lucky, but sometimes you don’t know how lucky you are until your luck ends. If you win one lottery, you’re not automatically entitled to winning the next.

The same is true for almost any situation luck may place you in, such as if an ice cream truck is headed your way, or if you see a whale when you’re going out whale watching, and even if your home will be flooded next spring, or if you will be evacuated in the summer because of the fires.

Will your house burn down? You don’t know; it’s all up to luck.

Our neighbours on the mainland, even some on the Island, are dying from fires in the summer. Their homes and possessions are being destroyed in the boiling heat. In the spring, their houses are being flooded. They’re scooping water out of their houses and putting sandbags on the exterior of their property, wishing the floods would dry up, but dreading fires in the summer. Today, there are both floods and fires in Canada.

The Canadian government seems very happy with themselves; they’ve discovered that our generation will suffer from the impacts of climate change. Finally—they finally figured out what we have been telling them for so long! But instead of doing what we’re asking them to—save our future, meet Canada’s climate goals, stop the pipeline—they say okay, we’ll reimburse the parents for the harm we’re causing the youths’ future. We’ll pay the youths’ parents!

Apparently they’re missing the point. Climate change isn’t just something that’s killing polar bears. It affects us here, now. We are extremely lucky only to have smoke in the summer and a few rainstorms here and now. It’s not enough to just pay our parents! The Canadian government doesn’t really have anything they should worry about; the temperature is increasing, that’s the only thing that’s going wrong! But with the temperature increase we’ll have many more fires, storms, droughts and disasters! We won’t be lucky anymore.

I asked my dad if he thought we’d be evacuated in the summer. His answer was no. There would be nowhere to evacuate us to. This made me think: we don’t have any options if Victoria gets like the rest of the world because there’s no other safe place. We need to act now! Because we need a future.

I won’t allow my kids to ask what nature was, because my government didn’t have enough sympathy and compassion to save it.

September 20 to 27
In communities around the world

From September 20 to 27, youth across the globe are rising up for climate justice. And they are asking everyone (including adults) to join them for the biggest worldwide climate strike we’ve seen yet.

For the past year, we’ve been so inspired by the millions of students who have taken to the streets to demand governments take real action on climate change. But cheering them on from the sidelines isn’t enough. To achieve the needed level of change it will take all of us acting alongside students in solidarity.

Join the Week of Action!

Around the world: Find a climate strike in your community or sign up to organize one.

If you’re in Vancouver and you’d like to support the students by being a peace-bearer and ensuring safety, please contact our Lead Organizer Galen Armstrong at galen@sierraclub.bc.ca for more information.

Find an event near you

In Greater Victoria: Check out this exciting list of events for the Week of Action.

If you’re in Victoria, you can meet with other Sierra Club BC supporters at the fountain in front of the legislature at 11:30AM on Friday.

Find an event in Victoria

Watch our webinar:  The world’s forests are in crisis, hit by the double whammy of climate change and ongoing human destruction. Despite the negative trends, they continue to help us stave off even worse impacts of climate change by absorbing a large amount of our carbon emissions and protecting communities to some degree from flooding, droughts and fires. But how much longer can forests withstand these pressures?

Join our Senior Forest and Climate Campaigner Jens Wieting to find out what BC and Canada need to do to protect forests and inspire global action. Learn how to support Sierra Club BC’s campaign to save the last old-growth forests before it’s too late. 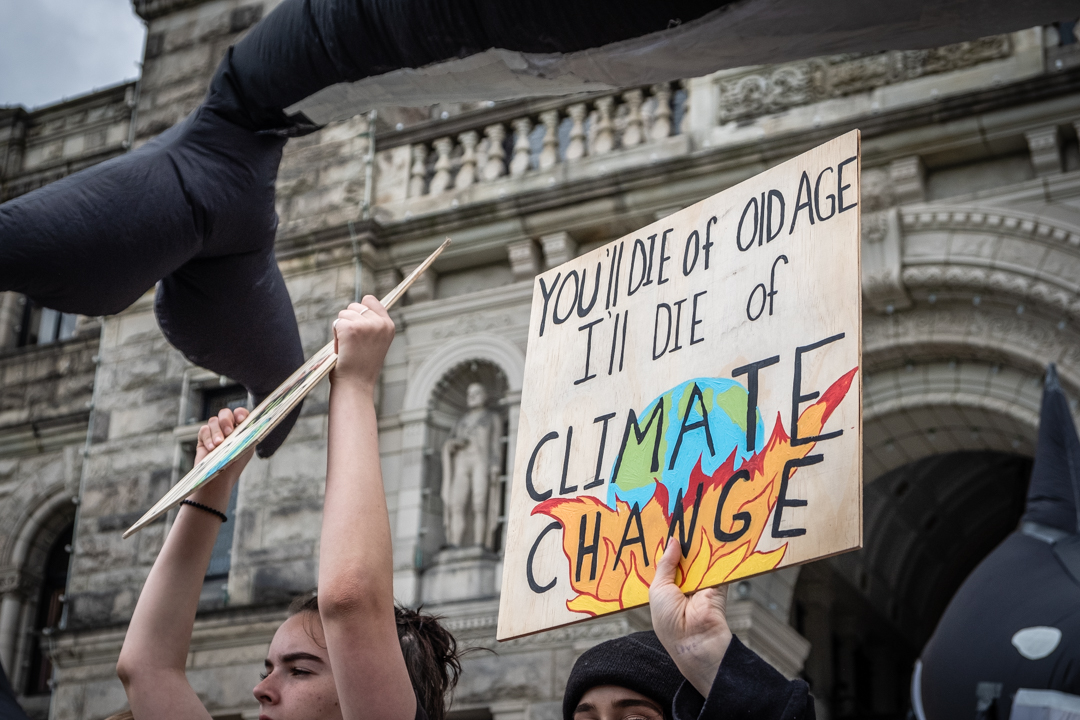 Want to do even more? Here are 5 important actions you can take:

Are you ready to link up with actions in your community? 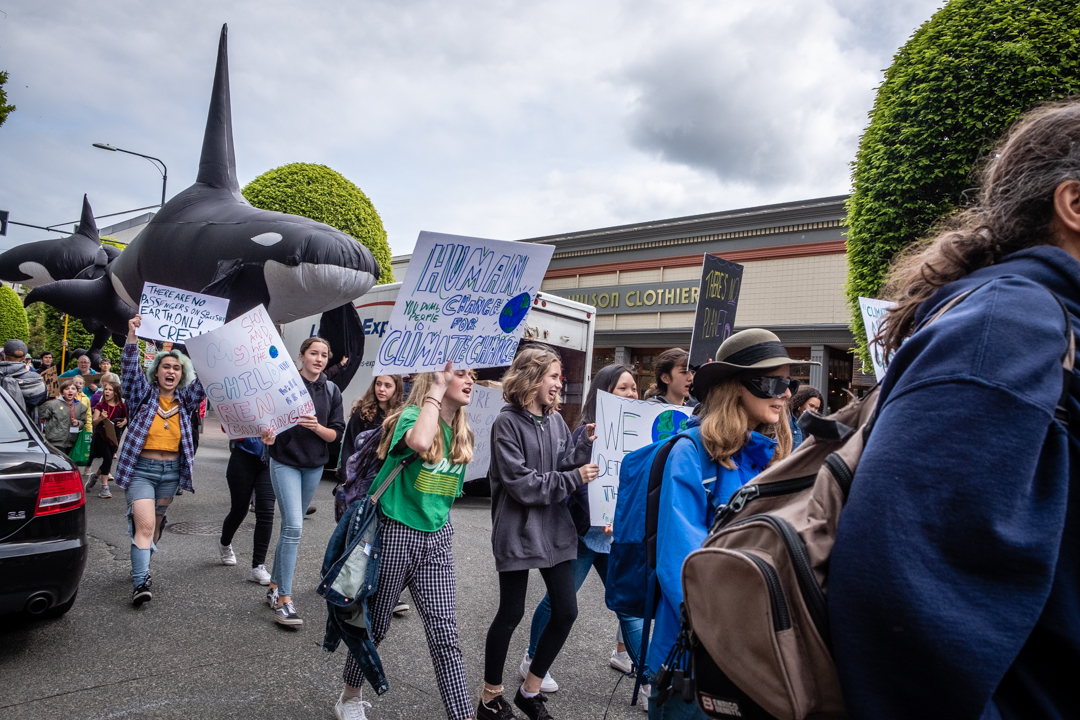 These young leaders are taking matters into their own hands to secure a livable future for themselves. By joining the climate strike we can show them that we adults care about their future also. And it might just feel good too!

All the news lately about wildfires, floods, hurricanes and other worsening climate impacts is hard to take alone. Getting out in the streets with millions of others reminds us that we’re not alone. There’s a massive and growing community of people committed to transforming our economies in a way that works for us all – workers, youth, families, immigrants, Indigenous peoples – everyone.

Let’s show we have the will to make the bold changes we need, together.

Remember when you were 15 or 16? If you thought about your future, you could probably see a world of endless possibilities for travel, work and family. But youth today are confronted with the impacts of a climate crisis they didn’t create.

And although they may feel overwhelmed now, they’re still thinking about a future filled with endless possibilities… just not the same possibilities many of us used to think about. In the first episode of Mission Transition: Season 2, we hear from three young people about their hopes for a post-carbon future.

Finn Kreischer is a 15 year old Sierra Club BC volunteer, Antonia Paquin is a climate strike organizer with Youth for Climate Victoria and Hannah Gelderman is an organizer with Rise and Resist as well as #OurTime2019 which involves youth in building the vision for a Green New Deal for Canada.

Listen to Episode 2 next or find all of our previous episodes here.

Take part in the Global Climate Strikes – a worldwide youth-led climate action mobilization from September 20 to 27!

Join or organize an event in your community

Can you plan a strike in your workplace, school, or community? Here are resources to do it! 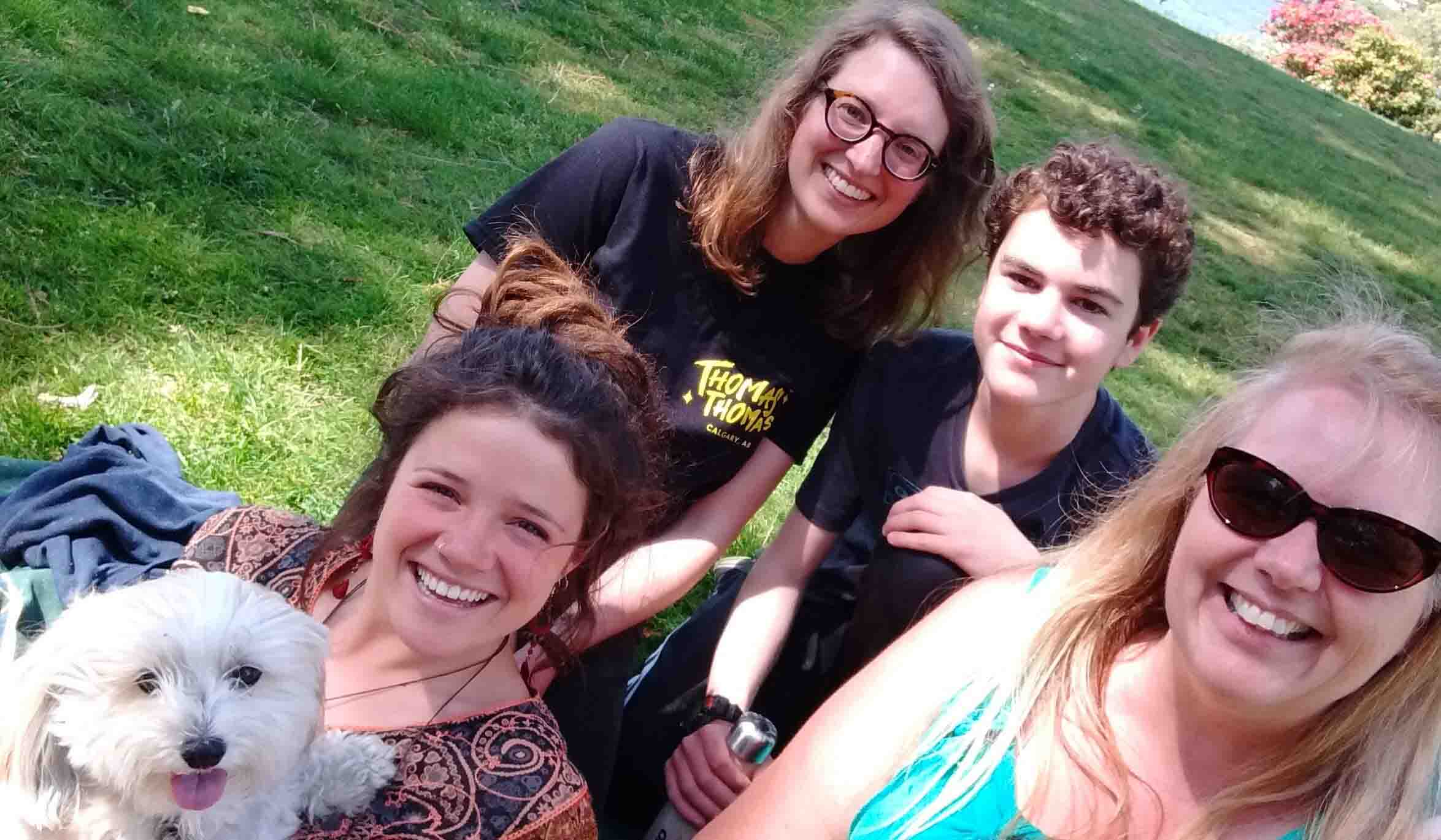 Video: Finn Kreischer on volunteering with Sierra Club BC

“Listen to the Kids on Climate Change”: Toronto Star Editorial Board

The School Climate Change Strikes are Inspiring–But They Should Shame Us”: Jonathan Freedland in The Guardian

Listen to Mission Transition now at sierraclub.bc.ca/podcast or subscribe for free on Google Podcasts, Apple Podcasts, Spotify and most podcast apps.

This is a conversation. Tag @SierraClubBC on Facebook, Twitter and Instagram to let us know your thoughts on the energy transition. And, if you like what you hear, please share this podcast with your friends and family and give Mission Transition a five-star rating and review on iTunes.