“It’s appalling that a province known for its natural beauty is one of the country’s top supporters of the fossil fuel industry.”

END_OF_DOCUMENT_TOKEN_TO_BE_REPLACED

CAMPBELL RIVER, Kwakwaka’wakw territory – A public event on forestry was cancelled with short notice by the City of Campbell River and the RCMP last night and the organizers, Wilderness Committee and Sierra Club BC, are looking for answers.

The groups had organized to present about forests and climate change at the Campbell River Community Centre. Because of recent curtailments and the ongoing Western Forest Products strike, the organizations decided on Monday morning to forgo their planned presentation and host an open community discussion instead. Just two hours before the event, the City of Campbell River notified the groups that the City and the RCMP had decided to cancel it for “public safety reasons” and “the high risk of emotionally charged behaviours.”

“We’re extremely disappointed about the way things unfolded last night,” said National Campaign Director Torrance Coste for the Wilderness Committee. “These public meetings are always charged and emotional, but these conversations are critical to create dialogue and build common understanding.”

Wilderness Committee and Sierra Club BC host events all over Vancouver Island, with last nights’ town hall set to be their third public meeting in the last two years at the Campbell River Community Centre.

“It sets a dangerous precedent to shut down a public dialogue about important community issues,” said Mark Worthing, Climate and Conservation Campaigner with Sierra Club BC. “Both the City and the RCMP need to explain the basis on which they cancelled the event. Or do we want free expression and dialogue to be suppressed just because there’s disagreement about charged issues? We must always choose dialogue.”

The two groups are calling on the City of Campbell River to issue a statement explaining why they cancelled the event. The groups also intend to work with the City and with forest industry representatives to reschedule and hold a community dialogue about forestry issues in the future.

In response to Locked In and Losing Out, a report released today by the International Institute for Sustainable Development (IISD) on how fossil fuel subsidies are undermining B.C.’s efforts on climate change, Sierra Club BC released the following statement from campaigns director Caitlyn Vernon:

“It’s dangerously misleading that a province trying to be a leader in addressing climate change is still one of the country’s top supporters of the fossil fuel industry. ​

“We’ve applauded the B.C. government for introducing CleanBC and the Climate Change Accountability Act as crucial, much-needed steps to address the climate crisis. But without ensuring the legislation includes regular reviews to bring B.C.’s climate targets in line with the science, and without shifting subsidies away from fossil fuels, B.C.’s actions will lock families into facing even worse climate risks.

“For B.C. residents and sectors of the economy who are working hard to reduce their carbon footprints, it’s dangerous and unfair of their government to be giving massive handouts to fracking and LNG companies that expand fossil fuels and add fuel to the fire of climate change. These subsidies undermine B.C.’s ability to meet climate targets, put B.C. communities at risk of worsening climate impacts, and must end.

“We can and must expect our government to shift subsidies away from fossil fuel production and instead invest in a just transition to a clean, renewable energy economy so we can have a safe and healthy future for all.

Attachment:
International Institute for Sustainable Development report, Locked In and Losing Out: https://www.iisd.org/library/locked-in-losing-out

From September 20 to 27, more than 7.6 million people across the globe rose up for climate justice. So, what’s next?

END_OF_DOCUMENT_TOKEN_TO_BE_REPLACED

The midterm elections in the United States brought a new kind of politician to Washington. Young people from all walks of life who are determined to use the transition to clean energy as a means to secure a better life for all.

What does this emerging movement look like north of the border, and how can we tap it to get politicians onside as champions for more ambitious climate action? How is job security a central piece of this puzzle? In this episode we explore this movement for a just transition and what it could mean for you.

We interview Cree activist, writer and 350.org campaigner Clayton Thomas-Müller and Vancouver-based organizer Nayeli Jimenez about the campaign for a Green New Deal for Canada.

This was the final episode of Season 2! Listen to Episode 8 or find all of our previous episodes here. 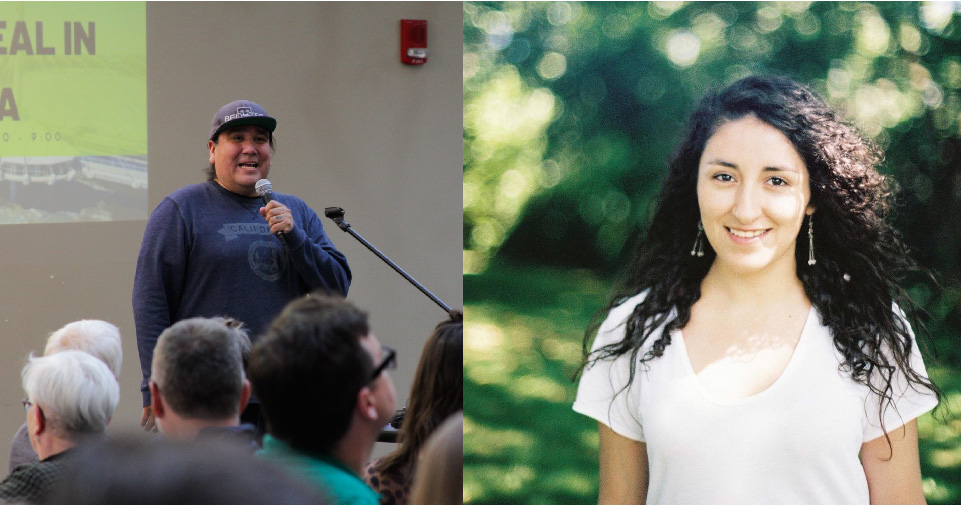 Mentioned in this episode:

Sierra Club BC – The Pact for a Green New Deal

The urgency and ambition of the Green New Deal

A primer on the Green New Deal in the U.S. and Canada