“When will our governments take a serious look at the global situation and stop bending over backwards to do the bidding of the fossil fuel industry? The governments of Canada and British Columbia claim to be climate leaders, but nothing they’re doing moves us away from catastrophic 4-6⁰C of warming.

“Locking us into unnecessary, expensive, dangerous carbon-heavy infrastructure like the Kinder Morgan pipeline demonstrates that Canada—for all its high blown rhetoric about keeping warming to 1.5⁰C—remains still stuck in old-fashioned, extractive, colonial thinking.

“We risk being left behind as the rest of the world modernizes its approach and shifts to a post-carbon economy.

“The economic arguments for pipelines and for the tar sands just don’t make sense. U.S. pipelines are already taking tar sands oil to southern U.S. refineries at the best global price. A recent report from Oil Change International confirms that shipping tar sands crude to Asia, where it competes with light shale production will not make for better prices.

“In addition, as the world gets tougher on emissions, the tar sands risk becoming stranded assets and pipelines white elephants.

“Nothing in either government’s plans to improve our outdated spill response systems on land and sea can prevent spills from happening, and no technology exists to actually clean it up when it does.

“First Nations, such as the Tsleil-Waututh Nation, recognize this and are fighting in the courts to keep Kinder Morgan out. Residents of Burnaby know all too well what it feels like to have bitumen spilling down their streets. If it can happen there, it can and will happen elsewhere. It is only a matter of time.

“If approving these pipelines is a foregone decision at the federal level, it seems the federal government’s plan for new hearings is just a theatrical production laid on to create the illusion of fair process. Given the scientific evidence and public opposition, is the federal government willing to cause irreparable harm to British Columbia, its communities and its coast by pushing this pipeline on an unwilling province?

“As the world moves to adopt the Paris agreement on Earth Day, government rhetoric must urgently be met with real action to secure a future all Canadians can unite around.” 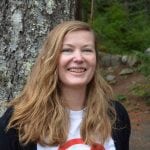 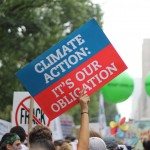