Sierra Club BC released the following statement from forest and climate campaigner Jens Wieting in response to the recently-announced international climate agreement in Paris:

“Today is a historic day, heralding the end of the fossil fuel era.

“200 countries have agreed to reduce their emissions to keep global warming at 1.5°C and have recognized that the vast majority of fossil fuels must remain in the ground.

“While this is historic news, in practical terms, the world is still far away from limiting ourselves 1.5°C of warming. The greenhouse gas reduction commitments of nations coming into the Paris talks will lead to 3°C of warming, which is incompatible with human civilization as we know it.

“If the 1.5°C goal is to have anything more than symbolic value, tougher, enforceable  targets are needed now. The world cannot wait for the five year review called for in the Paris agreement. Here in B.C. and Canada, we must accelerate the clean energy revolution and turbocharge the shift to a post-carbon economy by ending fossil fuel subsidies, more aggressive taxation of carbon and public investments in energy efficiency, transit and other climate-friendly measures.

“In particular, both B.C. and Canada’s environmental assessment processes must be revamped to incorporate a formal climate test into any decisions about projects that will emit greenhouse gases. Sierra Club BC calls upon Prime Minister Trudeau and Premier Clark to commit to a climate test as a key building block of achieving the 1.5°C ceiling. For B.C., that means the government must abandon its climate-destabilizing push to build an LNG industry. For Canada, it means flawed pipeline reviews already underway like the Kinder Morgan proposal must be put on hold and re-assessed under an improved process.” 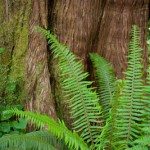 Help us achieve our wishlist
Scroll to top
MENU