VICTORIA—Sierra Club BC released the following statement from communications director and acting campaigns director Tim Pearson in response to news that the federal government intends to unveil a climate test next month:

“It’s encouraging news to hear that the federal government plans to unveil a climate test that will be applied to Kinder Morgan’s pipeline, fracked gas exports and other emissions-intensive proposals. A climate test, if done right, can help Canada meet its Paris commitment to keep global warming below 1.5⁰C.

“The federal government, however, needs to show that it stands clearly on the side of curbing emissions. Prime Minister Trudeau has signalled that his priority is to create the social license to get resources, including tar sands oil and fracked gas, to overseas markets. A climate test designed simply to provide cover for projects that will massively increase emissions would betray the climate commitments on which the governing Liberals campaigned and the government’s Paris commitment.

“Sierra Club BC has shown how a robust climate test can be achieved in our report, Blind Spot: the Failure to Consider Climate in British Columbia’s Environmental Assessments. These principles and approaches are easily applied at the national level and should inform the design of a federal climate test.

“Sierra Club BC wrote to the Honourable Stéphane Dion, chair of the Cabinet Committee on Environment, Climate Change and Energy, in November drawing his attention to the report and advocating its implementation at the federal level.

“As outlined in the report, Canada needs to implement climate test that combines scientific rigour with real teeth to deliver measurable progress on emissions reduction and encourage a rapid shift to an economy based on climate-friendly renewable energy sources.”

A copy of Blind Spot can be downloaded here. 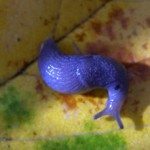 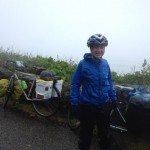 My winter of rain
Scroll to top
MENU