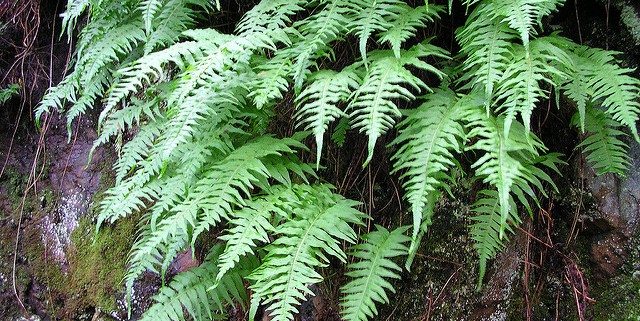 The licorice fern (Polypodium glycyrrhiza) is common on the west coast of North America, from northern California to the coast of Alaska. Compared to the large, evergreen sword ferns (Polystichum munitum) common in the territories of the K’omoks, the Haida, and many other First Nations, the licorice fern is generally much smaller (10-60 cm fronds compared to the 20-150 cm fronds of the sword fern).

Some other distinctive characteristics of the licorice fern are where and how it grows. Licorice ferns often grow on rocky outcroppings, logs, and even on trees like the Big Leaf Maple. You can also rely on the bubbly, Dr-Seuss type quality of the leaves on the smallest fronds as a hint that you are likely looking at a licorice fern. If you’re out with a knowledgeable forager, they might offer you a taste. The rhizomes (horizontal, underground stems) have a mild licorice taste and can be chewed or steeped to make a medicinal tea, traditionally used to treat colds and sore throats.

Media Centre
The Obama-Trudeau Dinner: Putting Conservation on the Menu 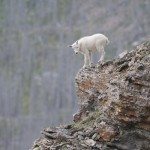 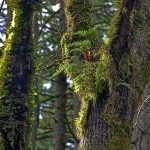 Ecosystem 101:   The role of ferns
Scroll to top
MENU