“The federal government’s decision is an affront to First Nations and to the scientific work that proves Site C is the most destructive project ever reviewed in Canadian history,” said Sierra Club BC’s Peace Valley campaigner Ana Simeon. “Prime Minister Trudeau has said honouring First Nations rights is a ‘sacred obligation’ not an inconvenience. But this decision is a profanity that clearly views those rights as nothing more than an inconvenience to be swept aside.

“The same goes for science: yesterday’s decision continues the previous government’s appalling practice of suppressing and ignoring inconvenient findings. This is a cowardly decision and a betrayal of the principles the federal government has claimed it wants to restore to Ottawa: respect for First Nations rights and science-based decision making.”

The B.C. government will shortly reveal its climate plan, which is expected to announce plans to electrify any LNG plants that are built. This will make Site C a climate disaster, enabling the export of massive emissions to Asia.

“We all share the same atmosphere and whether LNG is burned here or overseas it will have the same catastrophic effects on our climate,” said Simeon. “Ottawa will soon announce its decision whether or not to approve the Petronas plant in Prince Rupert. It’s another watershed moment for Trudeau. In combination, greenlighting Site C and Petronas would be a crime against our climate and against Canada’s second largest salmon run.

“This is not the end of the fight. Sierra Club BC will pursue all possible peaceful, legal avenues to stop Site C and with our allies and common sense British Columbians we will prevail against this abomination.”

Media Centre
Connecting with Vitamin N: A Ten-Year Reflection from One of Canada’s Leading... 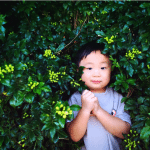