The Google Earth file, which can be downloaded from the Sierra Club website and studied with free Google Earth software, shows how little ancient forest is left as a result of decades of industrial logging.

“With our Google Earth file, anyone can easily see the dire situation our forests are facing on Vancouver Island and the South Coast,” says Jens Wieting, Sierra Club BC Forest and Climate campaigner. “However, it should be the role of the Province, not of NGOs like us, to make information available to the public. The Province must step up to the plate, increase monitoring and take action to increase conservation.”

“Experts consider 30 per cent the threshold for ‘high ecological risk’ of loss of species,” says Wieting. “With climate change exerting additional pressure, endangered species such as the Marbled Murrelet are experiencing compounding stresses and are threatened with extirpation or extinction.”

In February, First Nations and the B.C. government announced the fulfilment of the Great Bear Rainforest Agreements including a set of measures to ensure healthy rainforest and healthy communities in that region.

Wieting, who was heavily involved in the Great Bear Rainforest negotiations, says that the lessons learned through that process should be applied to seek solutions along the southern part of the coast with similar rainforest ecosystems and similar threats to address the massive conservation gap, and in a manner that strengthens and respects First Nations rights and interests.

Sierra Club BC is calling for immediate action by the provincial government to protect and restore endangered coastal rainforest ecosystems, before intensifying climate impacts like drought, wildfires and storms coupled with destructive logging practices further exacerbate pressure on ecosystems. Remaining largely intact rainforest areas, such as the Central Walbran and the Klaskish River/East Creek need immediate conservation steps to save habitat for endangered species and restore second-growth forest to allow for connectivity.

“Remaining old-growth areas are highly fragmented, and most watersheds are covered by forests too young to survive drought conditions,” says Wieting. “Unless the provincial government changes course and protects what remains of our endangered old-growth, much of the southern coast could turn into an ecological wasteland this century. We must protect and restore our rainforests now, for species, for clean air, clean water, long term forestry jobs and as one of the world’s most efficient carbon sinks. ”

To download the Sierra Club BC Google Earth file, you will first need to download and install the free version of Google Earth. Guidance for interpreting the file is attached.  For more detailed information about the state of B.C.’s old-growth coastal rainforest, read our backgrounder. 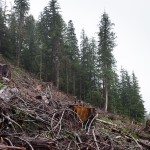 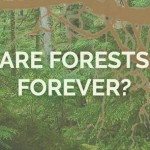 Thank you to Mark Worthing!
Scroll to top
MENU