Sierra Club BC welcomes increased protection for the northern goshawk and marbled murrelet announced by the B.C. government yesterday. But implementation of the conservation steps for these old-growth dependent species will take too long and will not be sufficient to halt the ecological degradation of coastal old-growth rainforest ecosystems on Vancouver Island and the south coast.

According to the government press release, the proposed implementation plans will set aside about 70,000 hectares of habitat suitable for the marbled murrelet and more than 30,000 hectares of breeding areas for goshawk in the next five to seven years along the B.C. coast.

“Marbled murrelets are remarkable seabirds that nest only on the branches of old-growth trees,” said Jens Wieting, senior forest and climate campaigner with Sierra Club BC. “We welcome the BC government’s announcement of increased protection, however we are concerned that the proposed process will result in ‘talk and log.’ Without interim protection for critical hotspot areas, suitable habitat will be logged and it will be harder for these iconic birds to find sufficient nesting areas.”

A 2016 Sierra Club BC analysis revealed that almost half of the landscape units on Vancouver Island and the South Coast now have less than 30 per cent of productive old-growth remaining. Experts consider 30 per cent by landscape unit the threshold for ‘high ecological risk’ of loss of species. Landscape units are areas of land used for long-term forest planning, usually 50,000 to 100,000 hectares.

“The science and our mapping reveals that these threatened birds are losing their nesting habitat at a shocking rate,” said Wieting. “The BC government has made an important step in the right direction, but still needs to identify interim protection measures for critical habitat in remaining intact old-growth areas before further fragmentation occurs.”

With climate change exerting additional pressure, species dependent on old-growth are experiencing compounding stresses and are threatened with extirpation or extinction.

In some areas such as Eastern Vancouver Island the remaining percentage of habitat is now reduced to a level where even setting aside all of the remaining habitat in the area is unlikely to allow recovery of healthy populations. Thus in addition to old-growth protection, species recovery also depends on restoring old-growth characteristics in older second-growth forests.

The federal government’s 2018 budget included $1.3 billion for increased protection of terrestrial and marine ecosystem for the next three years. This represents a generational opportunity to seek partnerships between provincial, federal and Indigenous governments to increase protection for B.C.’s endangered coastal and inland old-growth ecosystems and the species that depend on them. This can be done in a way that respects Indigenous governance and supports local communities, such as the Indigenous-led land use planning in Clayoquot Sound.

Media Centre
Bonus Interview: Skilling Up For The Next Economy 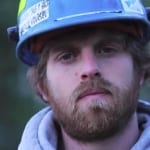