Sierra Club BC released the following statement from Peace Valley campaigner Galen Armstrong in response to the BCUC report on the Site C dam:

“Today we saw the case for Site C fall apart at the hands of BC Utilities Commission.

“The writing is on the wall: the era of costly, environmentally-degrading, and human rights-destroying megadams is over. The report released today by the BCUC shows that Site C is not in the best interests of British Columbians.

“The report confirms that the Site C dam cannot be completed on time nor on budget. Already, the project is looking at a price tag of between $10 and $12.5 billion and is unlikely to be completed by 2024. This report shows BC Hydro’s numbers simply cannot be trusted.

“We commend the government of B.C. for asking the BCUC to complete this review, a step that could have saved British Columbians billions of dollars if it were undertaken prior to construction.

“Cabinet has an opportunity to do right by the people of B.C. by putting an immediate stop to Site C.

“Minister Michelle Mungall stated that suspending the project is off the table. The government is faced with two options: continue with an unnecessary boondoggle, leaving taxpayers and ratepayers on the hook for decades to come, or pivot to a lower-cost alternative energy portfolio including wind and geothermal that would provide jobs for British Columbians at a lower cost.

“Premier Horgan has made it clear that his government is committed to protecting B.C. ratepayers. This report confirms Site C poses major risks to ratepayers, particularly low-income British Columbians. If the government is serious about this commitment, it must cancel Site C.

“With so many other factors arguing against Site C—the rights of Treaty 8 First Nations, the destruction of valuable farmland in an era of increasing food insecurity, huge negative impacts on wildlife and ecosystems—the government has no choice but to cancel this hideously expensive, environmentally destructive and socially disastrous project.

“We simply can’t afford to proceed with the Site C dam.” 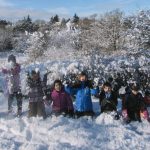 Winter time in northern BC
Scroll to top
MENU