Sierra Club BC & Kwakwaka’wakw hereditary chiefs are standing in solidarity with Mike Maquinna, the Council of Chiefs of Mowachaht/Muchalaht First Nation and with affected communities of Tsaxana and Gold River.  We denounce the reprehensible actions and sustained disrespect shown to the Mowachaht/Muchalaht people with the blatant trespassing on Ahaminaquus IR 12 by Western Forest Products (WFP) and the tacit provincial government approval evidenced by inaction on the matter.

For the entire 50-year lifespan of Sierra Club BC’s existence, the province of B.C. and successive logging operations have committed offenses under sections 30 and 31 of the Indian Act, namely trespassing.  This is a shameful act that illustrates the arrogance WFP shows to the forest and the people who steward them.

If WFP wishes to log within Mowachaht/Muchalaht territory or any other territories they need to respect that the Mowachaht/Muchalaht are the keepers of the land, and therefore entitled to fair compensation. Moving forward, the Province and companies like WFP need to ensure all commercial operations seek out Free, Prior and Informed Consent in ways that uphold community-based sovereignty of First Nations on their territory.

“WFP has shown Kwagu’ł people their true colors. They care about their shareholders more than the forests and Indigenous people who steward them. It pains me to see WFP violating Mowachaht/Muchalaht territory as they also do here. We speak with one voice when we raise our voices in thanks to the Mowachaht/Muchalaht for asserting their rights.”

“The sacred Nimpkish River connects Kwakwaka’wakw and Nuu-Chah-Nulth people through ‘Namgis territory.  The government and industry try to divide us so they can exploit our resources and lands but we have deep roots and family ties to the West Coast. The Mowachaht/Muchalaht struggle to be seen and respected, it is also a Kwakwaka’wakw struggle to be seen and respected and vice versa.  A violation of Nuu-chah-nulth law is a violation against all Indigenous people.  We know the damage that Western Forest Products has caused and we will remember the silence of the province who let it happen.”

“Half a century of blatant trespass is a profoundly disturbing indication of colonial racism. It’s past time for WFP to pay reparations and for the colonial governments to prioritize this once and for all.”

Read the Council of Chiefs for the Mowachaht/Muchalaht First Nation’s media advisory here. 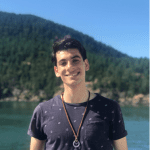 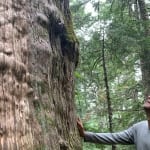 Photo by Trent Maynard Thanks for calling on Premier Horgan to protect old-growth forests!
Scroll to top
MENU