Sierra Club BC Climate Justice Campaigner Anjali Appadurai offers the following statement in response to the RCMP raid on Wet’suwet’en Territory during a provincial state of emergency.

“Sierra Club BC condemns the recent and ongoing RCMP violence in Wet’suwet’en territory. These actions are in violation of Wet’suwet’en and Canadian law, are a wasteful use of resources in the middle of a widespread state of emergency, and represent a failure of provincial leadership to advance reconciliation and climate action.

“B.C. has suffered a devastating string of climate change impacts in the span of a few months. The deep human, economic and ecological damage from these climate events underscore the need for urgent, emergency-level climate action, which must begin with an immediate move away from fossil fuels in the province. Instead, it’s been incredibly demoralizing to watch precious resources deployed not to provide urgent relief to flood victims, but rather to attack land defenders and protect the interests of a pipeline company on unceded Indigenous lands.

“The Province has made a specific policy choice to prioritize the enforcement of Coastal GasLink’s injunction over a true application of the 1997 Delgamuukw decision that granted Wet’suwet’en Peoples rights and title to their lands. They made another specific policy choice to deploy RCMP and provincial resources to remove Indigenous land defenders during an acutely devastating extreme weather event. This failure of leadership is underscored by the failure of B.C.’s climate plan to meaningfully address the scale of climate action needed in this province in order to meet the scale of the crisis.

“The climate emergency has reached B.C., and we need leadership that is able to make the rapid economic re-prioritization that will enable us to put lives and livelihoods before corporate profits. The fossil fuel industry has a deep hold on our political leadership and our economy, but this is a matter of political will. Real climate action in B.C. is still possible if our leadership acts with courage and urgency to end fossil fuel subsidies and uphold Indigenous rights. We must urgently move to an understanding of climate action that recognizes the link between colonization, the erasure of Indigenous knowledge, and the destructive nature of extractive industries. Only by prioritizing Indigenous sovereignty and title to land can we begin to approach sufficiently transformative climate action.

“British Columbians have had their eyes opened to the realities of the intersecting crises we face, from the distress of the pandemic to the devastation of the heat dome, fires, floods and extreme weather events of the past few months. Despite the colonial structures that seek to legitimize unacceptable levels of resource extraction in a time of climate emergency, Indigenous land defenders are protecting the best interests of people, the living beings we share this land with, and the planet. Our provincial leadership may soon find themselves lagging behind their constituents when it comes to understanding the speed and scale of action needed to tackle the climate crisis, and recognizing that Indigenous land defenders are providing the leadership that the provincial government is currently lacking.”

Sierra Club BC is one of more than 240 diverse organizations and businesses that have signed an open letter calling on the B.C. government to confront the climate emergency and undertake ten urgent climate actions. 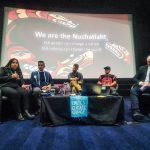 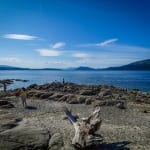