Sierra Club BC is angered by the RCMP raid and arrests in Wet’suwet’en territory this morning.

“Removing Wet’suwet’en people from their own territory and denying hereditary leaders entry to their land continues Canada’s destructive legacy of colonial dispossession of Indigenous peoples. Even according to the terms of the injunction, there is no justification for removing people from the area,” said Mark Worthing, Sierra Club BC’s climate and conservation campaigner.

“That the RCMP entered the territory under the cover of darkness, and have denied entry to and removed journalists, makes you wonder what police feel the need to hide. The safety of Wet’suwet’en people and supporters is paramount, and the actions of the police must not be withheld from view.”

The United Nations Declaration on the Rights of Indigenous Peoples (UNDRIP) protects the Indigenous right to self-determination, including Article 10 which states that: “Indigenous peoples shall not be forcibly removed from their lands or territories. No relocation shall take place without the free, prior and informed consent of the Indigenous peoples concerned and agreement on just and fair compensation and, where possible, with the option of return.”

“Sierra Club BC stands in solidarity with the Wet’suwet’en, who are protecting their lands, waters and the climate we all depend on. We call for respect of Wet’suwet’en rights, title and laws,” said Worthing. “The B.C. government has passed legislation confirming its commitment to implementing UNDRIP. Today’s arrests are in direct contravention to this commitment. Forcibly removing Indigenous peoples from their own lands is not reconciliation.” 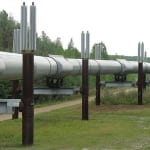 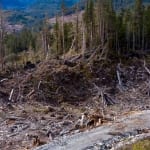