VICTORIA—Sierra Club BC, represented by lawyers from Ecojustice, has called for the termination of the Site C dam project in its submission to the British Columbia Utilities Commission (BCUC).

The group argues that the enormous cost of Site C locks B.C. into major financial obligations that hinder its ability to invest in lower impact, lower cost, jobs-intensive renewable energy development that serves communities across the province much better in the long term.

“By continuing to lock B.C. into this outrageously expensive dam that we don’t need, BC Hydro is leaving taxpayers and ratepayers on the hook for huge cost overruns,” said Sierra Club BC’s Peace Valley Campaigner Galen Armstrong. “The material we’ve reviewed shows British Columbians are likely to face alarming increases to hydro rates.”

Sierra Club BC argues that available evidence, viewed in light of the BCUC’s Terms of Reference and B.C.’s Clean Energy Act, leads to a conclusion that Site C should be terminated. The group’s submission suggests:

“We’ve known for years that Site C is not in the public interest and represents bad long term planning. It will inflict unnecessary pain on household budgets when the alternatives could provide similar or even greater benefits at a far cheaper cost,” said Armstrong.

Sierra Club BC also raised concerns that Site C energy would not reduce B.C.’s greenhouse gas emissions and in fact may be used to support greenhouse gas-intensive industries such as mining, oil and LNG.

“This dam represents 1950s thinking when we should be investing in innovative twenty-first century technologies like wind, solar and geothermal energy. These industries create better long-term jobs at a third of the cost of Site C, with the benefits felt in communities across the province. Continued investment in Site C will leave B.C. poorer because we won’t be investing in clean energy innovation for communities.”

“While we’re happy the B.C. government has initiated this review, we worry that the shortened process will still not provide the fulsome review that’s necessary,” said Karen Campbell, Ecojustice lawyer. “If the government truly wants to get it right and act in the best interest of British Columbians, it needs to allow the BCUC to extend the process in order to test evidence and permit parties to ask questions of BC Hydro.

“This review gives the Commission the chance to protect the public from this unnecessary project by fully evaluating how Site C will impact B.C.’s long term energy future. We hope the Commission takes advantage of this escape hatch,” said Campbell.

“Regardless of the final outcome of the BCUC review, this project should be cancelled because of numerous factors, including the threat to prime farmland and the violation of First Nations’ treaty rights,” said Armstrong. “Just last week, the UN’s top anti-racism body strongly condemned Site C. If the current government is serious about its commitment to UNDRIP, the answer is clear: Site C must be cancelled. Cabinet must take these factors into account when it makes its final decision.” 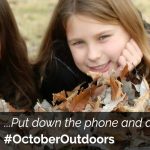