Sierra Club BC released the following statement from campaigns director Caitlyn Vernon in response to the referral of Site C to the BC Utilities Commission:

“Sierra Club BC applauds the government for following through on its commitment to refer Site C to the BC Utilities Commission.

“This is good news for Hydro ratepayers, who are at last being considered in decision-making, based on real evidence.

“The reality is that we don’t need Site C power, it’s hideously expensive and inevitable cost overruns would be paid for by BC ratepayers, and more environmentally and economically viable alternatives are available today.

“Beyond the cost of Site C, the dam should be stopped to defend farmland and First Nation treaty rights, and to develop renewable energy options for long term employment.

“We were especially pleased to see that the review’s terms of reference call for an examination of other commercially feasible generating projects providing for B.C.’s power needs, as well as demand side management.

“The world is moving away from large scale hydroelectricity, which is getting more and more expensive compared to alternatives. Wind and solar projects across the globe are providing electricity today for as little as one third the cost of Site C power.

“The cost of alternatives continues to plummet. Since 2008, the cost of wind power has dropped 41% and the cost of utility scale solar 64%. Just in the last year, wind has dropped 18% and solar 17%. These reductions will only continue. Globally last year, 55.3% of new generation capacity last  was from sources other than fossil fuels, nuclear and large scale hydro.

“We have questions as to how the BCUC will “consult interested parties” and “obtain expert advice,” and will be seeking clarification from the Minister in due course.

“The Site C dam would flood First Nations graveyards along with farmland capable of providing fruit and vegetables to one million people, which is crucial as climate change threatens our food security. And it would have a huge negative effect on biodiversity in the region. That’s why we’re calling for a stop to Site C no matter the outcome of the BCUC review. 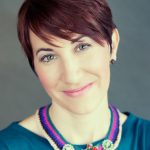 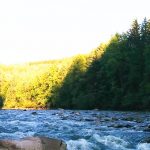 Petro-Corporations vs. the people of the Skeena
Scroll to top
MENU