Sierra Club BC released the following statement from communications director Tim Pearson in response to today’s Kinder Morgan announcement by the Province:

“The provincial government was elected on a promise to use every tool available to stop the Kinder Morgan pipeline and the threat of a seven-fold increase in bitumen tankers on our coast.

“Today’s announcement is a serious and considered first step to fulfilling that promise.

“Engaging external counsel with the stature of Thomas Berger sends a clear signal that the Province will leave no legal stone unturned. There are complicated legal issues involved and no one is better qualified to provide advice to the Province.

“Berger’s legal career—including the 1973 Calder decision, the Mackenzie Valley Pipeline Inquiry in the mid-1970s and his influence in enshrining Indigenous rights in Canada’s constitution—is central to the evolution of Indigenous title and rights in Canada.

“Sierra Club BC is optimistic that the Province will be successful in gaining intervenor status in the various active court cases, based upon Berger’s advice.

“Sierra Club BC will continue its work through the Pull Together campaign to raise funds for First Nations court cases. So far, more than $1 million has been raised for both the successful Enbridge cases and those against Kinder Morgan.

“The combination of well-funded First Nations and an intervening provincial government will be a potent one in the courts.

“Today’s announcement also puts Kinder Morgan on notice that it has failed to meet the requirements for consultation with First Nations set out in the conditions of its environmental certificate, issued by the previous government.

“Kinder Morgan cannot commence construction in September without breaking the law, unless all conditions are met.

“We have a new government in part because voters on the pipeline route said no to Kinder Morgan and no to any government that would approve the pipeline.

“A clear majority of British Columbians voted for parties opposed to the pipeline and a seven-fold increase in tanker traffic.

“Sierra Club BC is encouraged that today’s announcement outlined first steps for the provincial government. We look forward to the Province expanding on those steps and signalling its continued commitment to stopping the Kinder Morgan pipeline and tankers project.” 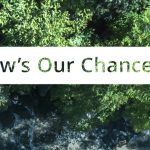