Sierra Club BC released the following statement from Conservation and Climate Campaigner Mark Worthing in response to the announcement that provincial, federal, and Indigenous governments would be working together to create a National Park Reserve in the South Okanagan:

“Sierra Club BC commends the agreement between provincial, federal, and First Nations governments to work together to create a National Park Reserve in the South Okanagan.

“The intention for an integrated process by federal and provincial governments to work together with Indigenous governments is an important step toward earnest reconciliation with Indigenous rights and protection of critical ecosystems. None of these governments can achieve significant landscape protection acting alone. It is heartening to see cooperation on common goals, and a new approach to conservation in a new era of relations between Canada and First Nations.

“Culturally appropriate landscape protection is necessary if Canada is to fulfill its obligations to the UN Convention on Biological Diversity and the Aichi Biodiversity targets, which state that Canada should set aside 17 per cent of all federal land in order to maintain critical biodiversity levels. However, a higher percentage is needed to conserve ecological integrity.

“The creation of Park Reserves like the one proposed in the South Okanagan is an essential part of our response to climate change. There is an urgent need for more conservation and connection of corridors to allow flora and fauna already endangered a better chance to adapt to the climate as ecosystems shift and change. The Flathead River Valley is one such area and protecting it would connect a critical wildlife migration corridor that runs from Yellowstone to Yukon.

“We would also like to recognize the years of hard work by the Syilx/Okanagan Nation and several organizations that led to today’s announcement.” 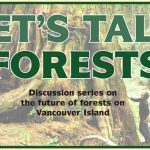