Sierra Club BC released the following statement from campaigns director Caitlyn Vernon in response to today’s announcement from the BC government to introduce oil spill regulations that restrict new shipments of diluted bitumen across the province, while announcing a scientific review of the risks of diluted bitumen spills:

“We applaud the BC government for defending British Columbians from the environmental, economic, health and safety risks of oil spills.

“Restricting the transport of diluted bitumen across BC’s rivers and coastline is yet another roadblock facing Kinder Morgan’s already uncertain Trans Mountain pipeline and tankers project.

“Even if Kinder Morgan and the federal government keep pushing to build the Trans Mountain pipeline and tankers, with these new regulations they won’t be able to ship diluted bitumen as planned.

“The spill of diluted bitumen into the Kalamazoo River in Michigan in 2010 caused severe human health impacts and still hasn’t been cleaned up. A spill into BC waterways or coastline would be catastrophic to human health and safety as well as the environment our jobs and economy depend on.

“We commend the BC government for introducing regulations to defend BC residents, lands and waters from the risk of oil spills.

“Today’s announcement makes clear: Kinder Morgan’s pipeline and tankers have no place in a safe, healthy BC.”

Media Centre
Sierra Club BC calls on Premier to do climate math: LNG doesn’t square with... 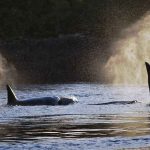 BC moves to block Kinder Morgan
Scroll to top
MENU