Blind Spot: The Failure to Consider Climate in British Columbia’s Environmental Assessments was prepared by the University of Victoria’s Environmental Law Centre. It outlines the failure of the environmental assessment process to consider climate change, and recommends a coherent set of policy changes needed to ensure proposed projects are assessed on the basis of a scientifically valid climate test.

“B.C.’s environmental assessments turn a blind eye to climate change, so it’s no surprise that our greenhouse gas emissions are increasing instead of decreasing as needed,” said Sierra Club BC campaigns director Caitlyn Vernon. “To claim real climate leadership, the provincial government must stop adding fuel to the fire and start putting proposed projects to a climate test, including the Kinder Morgan pipeline and any plans for LNG development.”

Today, the vast majority of B.C. environmental assessments only consider emissions from constructing, operating and decommissioning a project. Assessments ignore the effects of extracting fossil fuels such as tar sands oil or natural gas (upstream impacts) and they ignore the emissions resulting from burning these fuels outside of B.C. (downstream impacts).

In addition, although the Province has legislated targets for reducing greenhouse gas emissions, environmental assessments need not fully apply those targets, rendering the legislation little more than empty rhetoric.

“B.C. must follow the lead of other jurisdictions, such as Washington State, Australia and the European Union, that have brought climate considerations into environmental assessments,” said Erin Gray, Articled Student with the Environmental Law Centre. “With climate impacts multiplying and inaction posing substantial economic risks, the time for fundamental reform is now.”

Blind Spot makes specific policy recommendations to ensure B.C. can achieve greenhouse gas emission reduction targets and meet the challenge posed by climate change. The recommendations are relevant to other provincial and federal review processes as well. They include automatic triggers, consideration of upstream and downstream impacts, and withholding approval for projects that would breach legislated emissions reduction targets.

“To defend ourselves from the impacts of climate change we need policy with teeth,” said Vernon. “We are calling on all levels of government—and in particular all parties during the current election campaign—to incorporate a climate test into environmental assessments.” 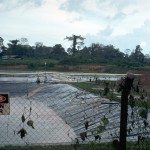 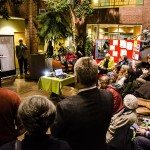 You’re Invited to Our AGM
Scroll to top
MENU