VANCOUVER — Days ahead of the release of B.C.’s climate plan, Vancouverites are gathering to forge alliances with northerners and prevent liquefied natural gas (LNG) from undermining desperately-needed action on global warming.

This evening, Wilderness Committee and Sierra Club BC will host a public town hall to bust the myths around claims that natural gas is a clean energy source. “Is LNG ‘clean’? The fracked up truth” will show how natural gas pollutes the climate at every opportunity on its journey from fracking fields in northeastern B.C. to Asian markets.

“The rising death toll from the climate change-fueled fires in California is a terrifying reminder that governments at all levels must make reducing carbon pollution a top priority. The B.C. government’s climate targets are not nearly strong enough to defend our communities from worsening impacts,” said Caitlyn Vernon, campaigns director with Sierra Club BC. “Caring for the well-being of British Columbians today, not just tomorrow, requires a commitment to stay below 1.5 degrees warming. That means stronger targets, a focus on renewable energy instead of any new fossil fuel infrastructure, and a just transition for workers. Anything less is a shameful abdication of government’s responsibility for the health and safety of all British Columbians.”

Speakers for the event include:

Today’s event will outline legal, political and on-the-ground strategies to stop the expansion of fracking and LNG and instead strengthen B.C.’s climate targets as part of a shift to a low-carbon economy that works for everyone.

“With the provincial government offering six billion dollars in subsidies to LNG, what was once an industry fantasy is now coming at us fast,” said Peter McCartney, climate campaigner with the Wilderness Committee. “LNG will push fracked gas development further into intact forests, worsen the strain on local water sources and accelerate the destabilization of our global climate. We need to get out ahead of this by pushing for a ban on fracking now.”

Speakers will be available for interviews upon request

Media Centre
Event: What’s up in the woods 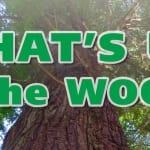 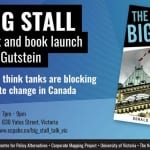 The Big Stall: A public talk and book launch with Donald Gutstein
Scroll to top
MENU