Sierra Club BC has released The Future Is Here, a road map for true climate leadership in B.C.

Informed by the latest climate science, the report is an urgent call to defend nature, stabilize the climate and transition to post-carbon prosperity.

Read The Future is Here online or download for printing.

The Future Is Here calls for B.C. to:

Stabilize the climate, by setting aside unburnable carbon, reducing emissions, putting a meaningful price on carbon and including a climate test in environmental assessments;

Defend intact nature to preserve biodiversity and natural carbon banks, and protect the ecosystem services on which our economy and human health depend; and,

Rapidly transition to an equitable post-carbon economy that leaves no-one behind.

B.C.’s current patchwork of isolated protected areas, fragmented wildlife habitat and management zones will be overwhelmed by the sheer scale and pace of climate-driven changes. Fifty per cent of the land must be protected or managed to ensure animals, plants and ecosystems can adapt, and that the drinking water and the soil base on which we depend will be protected.

As one of its key recommendations, The Future Is Here calls for environmental reviews to include a climate test that assesses the upstream and downstream climate impacts associated with each proposal. LNG development would fail a climate test, as it is incompatible with any serious approach to reducing greenhouse gas emissions.

Clean, renewable energy sources are better for our climate and better job creators than fossil fuels. For every $1 million invested in fossil fuels two jobs are created, whereas fifteen jobs are created by the same investment in clean energy sources. By shifting fossil fuel subsidies and directing revenue from an expanded and increased carbon tax, the B.C. government can kick-start the transition to post-carbon prosperity.

Food security must also be addressed in any credible climate plan. With food supplies already disrupted by drought in California and elsewhere, B.C. needs to identify and set aside current and future farmland to ensure B.C.’s future food security. Step one in this process is cancelling construction of the $9 billion Site C megaproject, which would flood prime farmland capable of supplying fruit and vegetables to one million people.

The Future Is Here recognizes that much of B.C. is unceded land, subject to Aboriginal title and rights, and that land use decisions cannot occur on First Nations territory without free, prior and informed consent.

The Future Is Here can be downloaded here. 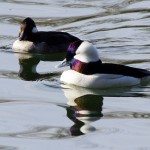