Pulling together to stop TMX

Pulling together to stop TMX

by Mary Lovell, Pull Together Organizer 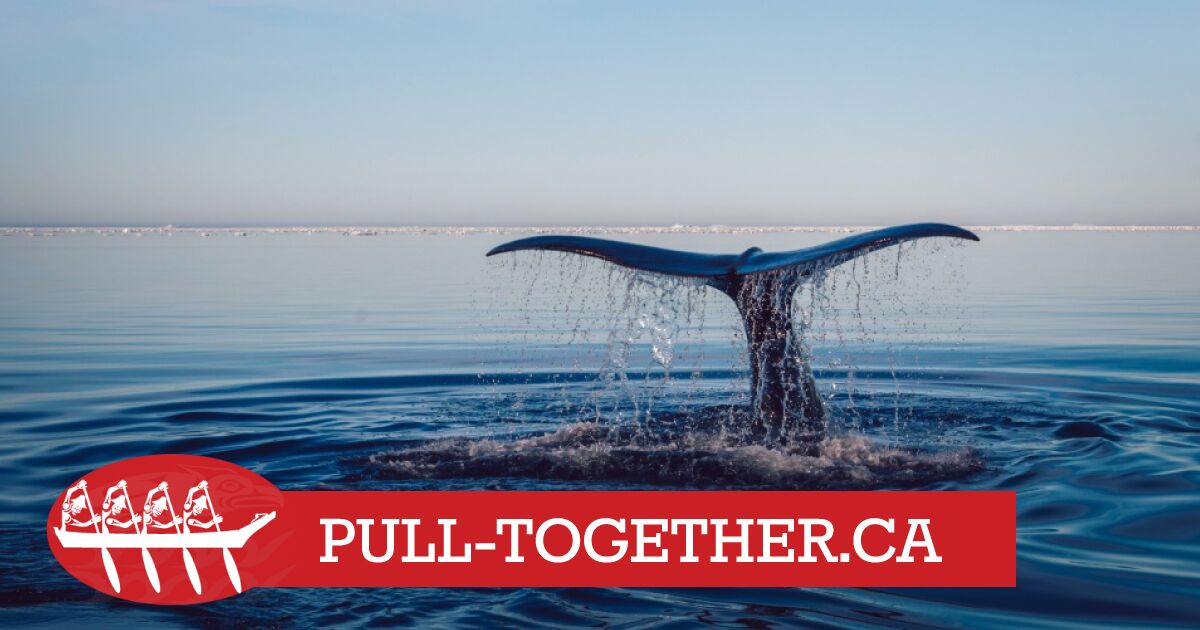 It’s time to pull together to stop the Trans Mountain pipeline and tanker project! We’re fundraising for the Coldwater, Tsleil-Waututh and Squamish Nations determined to stop TMX – with our partner RAVEN Trust. Recently, there have been some important updates from the movement!

Since the federal election, Prime Minister Trudeau has doubled down on his support for this tarsands oil pipeline and the dangerous tankers it will bring to the coast.

Indigenous Nations are standing up for their rights, and the lands, climate and waters we depend on. Their cases will be heard by the Federal Court of Appeal in Vancouver December 16-20. A ruling could come as soon as February, which could stop the pipeline again.

And just this month, two of the Nations—the Tsleil-Waututh and Squamish—announced they’re pursuing additional appeals at the Supreme Court of Canada to argue the Federal Court of Appeal erred in limiting its scope of review.

From Chief Leah Sisi-ya-ama George-Wilson: “The federal government failed to meaningfully consult Tsleil-Waututh again by aiming for the legal minimum and missing the mark. This appeal is about making sure that the government follows their own constitution and statutes when making decisions that impact us all.”

“The National Energy Board recognized that the Southern Residents are at a critical state and the Project would visit significant adverse effects upon them through acoustic disturbance, vessel strikes, oil spills and cumulative effects. It is of utmost importance to our Nation that the courts ensure that Canada complies with its obligations to protect this critically endangered species before the Project goes ahead,” says Squamish Nation Councillor Khelsilem.

We want to thank you for being part of our Pull Together community of allies, continuing to step up for climate justice, a thriving coast and Indigenous rights by fundraising for the Nations’ legal challenges to TMX.

Working together, we’ve raised more than $142,000 since July. That’s incredible!

Help us reach our goal of $400,000 for these incredible legal challenges! 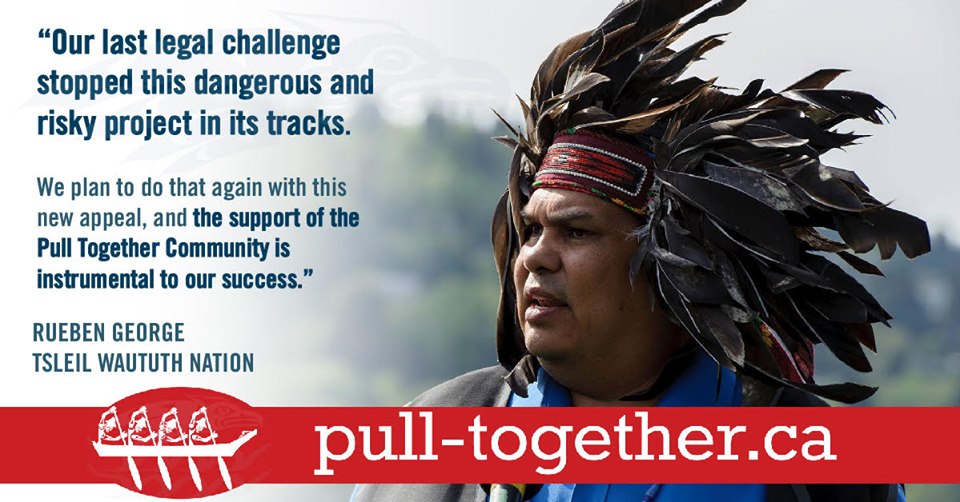 You can help the Nations stop Trans Mountain by showing up right now, to help get to that finish line. Here are the best ways you can help:

There are events coming up around the Salish Sea this month including:

Get your friends, coworkers or family members fundraising online – set a goal, tell people why you care about stopping TMX and rally your networks!

Chip in directly to support the Nations. You’ll receive a tax receipt from our fundraising partner, RAVEN.

5.  Get your workplace involved!

November 27-December 3 is the Week to End TMX, because an oil-free coast is everyone’s business. Coast Outdoors, Deep Cove Kayak, Modo Yoga Burnaby, Cheekbone Beauty and Oddfellows Café are some of the many businesses joining forces to raise funds and hold in-store events. Sign up to involve your business or workplace!  (And follow our Pull Together Facebook page for businesses you can support that week!) 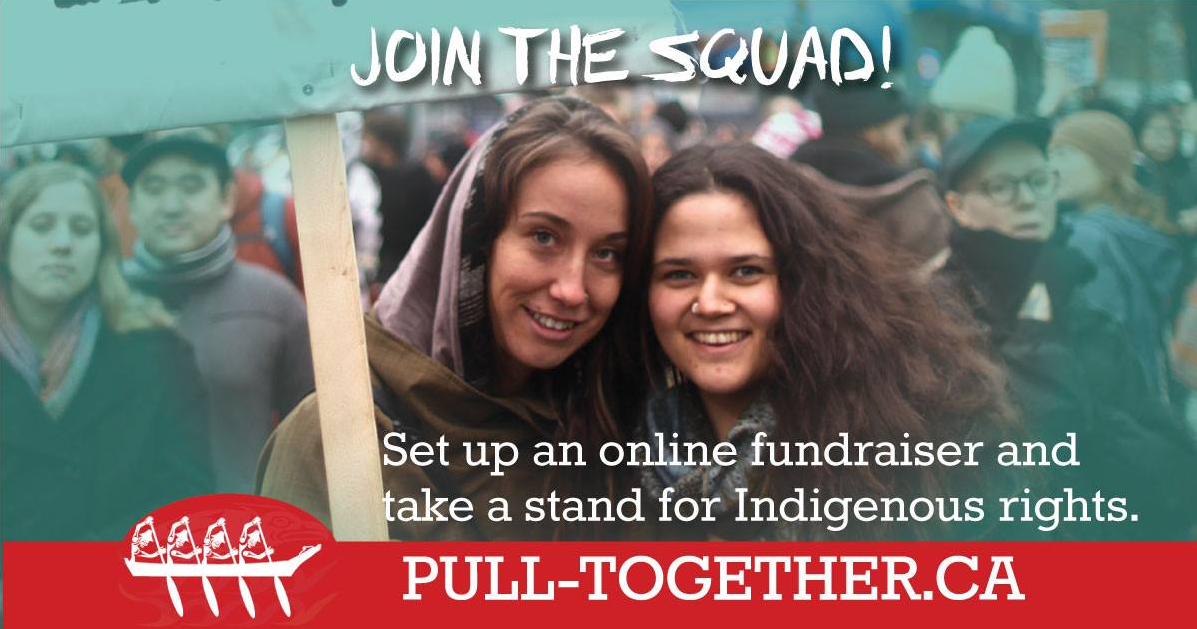 It can feel overwhelming to stand up to vested Big Oil interests, particularly at a time when millions take to the streets demanding climate action while leaders proclaim we need to expand dirty tar sands operations.

Together we can do it. We’ve helped get two pipelines quashed in court.

Thank you for being in solidarity with Indigenous Nations who are working incredibly hard to defend their territories. Let’s show we’re holding strong behind their leadership. Looking forward to organizing with you. 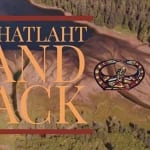 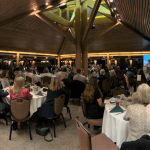