Amazing news, and a major milestone!

Today, the Pull Together campaign reached its fundraising goal of $600,000. Over 15 incredible months of solidarity, people like you have danced, marched, sang, paddled, stretched and eaten together to raise money for seven First Nations facing down Enbridge’s Northern Gateway pipeline and tankers in the courts.

A huge thank you to so many Sierra Club BC supporters who organized events, donated, attended and spread the word, showing solidarity with the Nations and helping support their cases.

Today we celebrate Pull Together alongside the Haida, Heiltsuk, Nadleh-Whuten, Nak’adzli, Gitxaala, Gitga’at and Kitasoo- Xai’xais Nations who have taken a strong stance against Enbridge in court.

The solidarity that Pull Together inspired has helped provoke the new government to re-commit to formalizing a moratorium on oil tankers on the north coast, as one of its top priorities.

What a beautiful way to wrap up a momentous year!

Let’s be clear, though: our work isn’t over yet. Enbridge is still fighting to keep its pipedream alive.

While we await the judgement in the First Nations lawsuits that you have so generously supported, send a letter to Prime Minister Trudeau today, to let him know we look forward to seeing a permanent, legislated oil tanker ban passed into law at the earliest opportunity.

Please consider donating to Sierra Club BC today, so we can build upon what we’ve achieved with Pull Together! 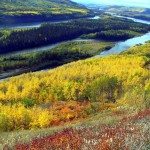