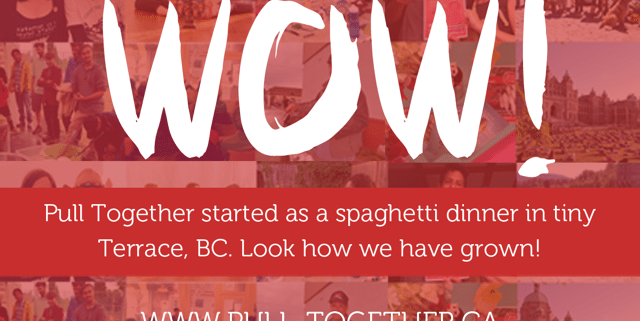 One year ago, when the federal government approved the Enbridge Northern Gateway pipeline and tankers project despite the storm of opposition, a number of First Nations immediately went to court to protect their lands and waters, their cultures and communities.

I often hear from people who strive, as do I, to be an ally with these First Nations who have so much at risk. But what does it really mean, to be an ally?

The Pull Together initiative was launched by Sierra Club B.C. and RAVEN Trust as a tangible way that individuals, community groups and businesses can offer moral and financial support to these First Nations legal challenges. Over $390,000 has been raised so far, by online fundraising, businesses donating their profit margin, and community events held to raise awareness and raise funds.

Our goal is to raise a total of $600,000 by the summer, so the Heiltsuk, Kitasoo-Xai’xais, Gitga’at, Haida, Gitxaala, Nadleh Whut’en and Nak’azdli Nations have the resources they need before court hearings are held this fall.

Is this real solidarity? Perhaps only time will tell, and it is not for me to judge. If there’s one thing I’ve learned it’s this: it’s not up to me to decide if I’m being an ally or not.

What I do know is that court cases are extremely expensive and we all stand to benefit from the outcome. It doesn’t seem right that First Nations should be left to shoulder this burden alone.

At the root of it, solidarity is not just about standing with First Nations and supporting them to speak up or to organize — it also, and often, means standing behind.

In other words, it’s not enough to voice our support for First Nations, while remaining in our comfortable corners. Striving to be an ally requires us to make changes in our own lives as well. And yes, I dare say, it may mean giving something up.

Pull Together is an opportunity to donate, for those who can, and for others to give their time and energy, to fundraise online or organize community events that take us one step further along the journey of reconciliation.

One thing is certain. It’s not possible to be an ally without stepping outside our comfort zone. The good news is that finding the courage to do so can be incredibly rewarding, in surprising ways.

I invite you to join Pull Together for the Week to End Enbridge, June 13-21. We are marking the one year anniversary of the federal decision to approve the Northern Gateway pipeline with a groundswell of support for the First Nation legal challenges that seek to overturn that decision. Every day, more communities, individuals and local businesses are coming on board.

In the last month alone, community events in support of Pull Together have included an art auction and beer tasting in Terrace, a seafood festival and community dance on Haida Gwaii, a climate change cabaret in Nanaimo, and music concerts in Victoria and Vancouver. Who knew stopping a pipeline could be so fun?!

Denman Island Chocolate’s Pull Together chocolate bars are being sold in over 70 storesacross B.C., Uprising Breads Bakery is donating proceeds, Moksha Yoga has raised $13,000 through yoga classes and film nights, and Kitasoo-owned Spirit Bear Lodge will donate 100 per cent of two vacation packages in the Great Bear Rainforest — a chance to see spirit bears and help stop oil tankers.

There is no question that stopping pipelines and learning to be an ally are serious business. What Pull Together is making clear is that we can celebrate community, build relationships and have some fun along the way. 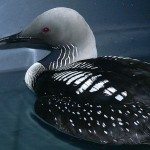