British Columbia is not taking responsibility for vast amounts of its green-house gas emissions, says a paper to be released Thursday by the Sierra Club of B.C.

The report concludes that emissions in B.C. are more than four times what the province reported in June.

The environmental advocacy organization adds in its paper that emissions levels could more than double again if the province proceeds with its plans to extract and export massive amounts of liquefied natural gas and increase coal production.

“We can fool ourselves by ignoring these emissions, but we can’t fool the atmosphere,” report co-author Jens Wieting said in an interview Wednesday. “If we are serious about climate leadership we can-not afford to ignore these emissions.”

Environment Minister Terry Lake could not be reached for comment Wednesday.

In June, Lake announced that British Columbia had emitted 62 million tonnes of green-house gases in 2010, representing a 4.5-per-cent decrease since 2007.

The number is significant as the province has passed into law the emissions level required in order for its climate plans to be considered a success.

But Wieting said those provincial numbers do not include emissions that come from the gas and coal we export, or from provincial forests, which con-tribute significant emissions during forest fires, logging and other related activities.

“I think it’s absolutely critical, from a climate change perspective, and from an economic perspective.”

In its June report, the province reported there to be 82 million tonnes of emissions associated with forest land use, but listed those emissions as a so-called “memo item” that is not counted toward total emissions.

“The main reason for this is the large annual swings in emissions on forestry lands, which have little to do with land management and policy but rather are due to events like fires and pest infestations, and would distort the accounting of B.C.’s progress to its green-house gas targets,” said a government report at the time entitled Making Progress on B.C.’s Climate Action Plan.

Wieting’s paper said if the province is to go ahead with shale gas extraction and export, and with the planned expansion to coal exports, its annual emissions would jump by another 292 million tonnes.

If the province were to proceed with the Enbridge pipe-line, it said, the emissions B.C. is responsible for creating would jump by another 100 million tonnes each year.

All told, it said, “the combined emissions for which British Columbia would be directly or indirectly responsible could be as high as 643 million tonnes – more than 10 times higher than the official provincial emissions today.”

Wieting acknowledged Wednesday that international agreements do not require elements such as exported fossil fuels to be counted, but he said British Columbia should still take them into serious consideration.

“As a significant exporter of fossil fuel energy, at a time when we see climate change accelerating, we cannot afford to ignore these emissions,” he said.

The province’s Jobs Plan calls for eight new mines by 2015, as well as upgrades and expansions of nine existing mines.

The plan also calls for at least one liquefied natural gas pipe-line and terminal to be in operation by 2015, and for three to be in place by 2020. 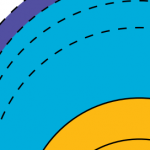 A call for climate action
Scroll to top
MENU