Most of us have heard about how rainforests are in trouble and the rapid rate at which we are losing these spectacular ecosystems, along with the incredible diversity of species that depend on them. Globally, most of these reports focus on tropical rainforests and there has been too little awareness about the fate of temperate rainforests. Close to home, very few know that the remaining old-growth forest on Vancouver Island is disappearing faster than natural tropical rainforests.

Few of us have the opportunity to visit tropical forests in person, which can make us feel disconnected from the problems of deforestation and degradation of tropical countries. I am extremely lucky to have had the opportunity to work in tropical rainforests over the past seven years, as part of my graduate work in wildlife ecology. Most of this has been in Sabah, Malaysian Borneo where I investigated how selective logging disrupts interactions between trees and mammals. 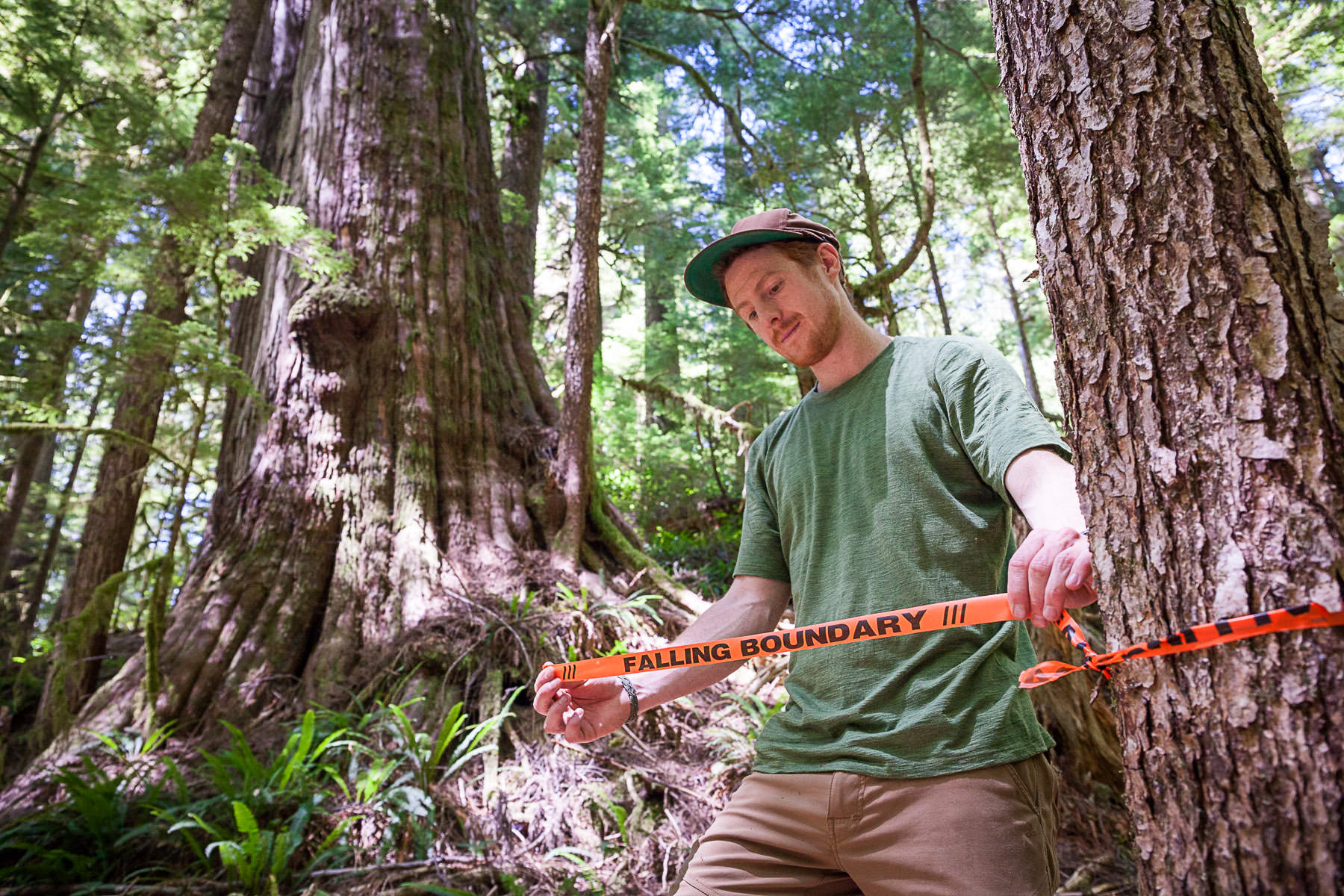 The loss of intact tropical forests continues to be a serious threat. The Food and Agriculture Organization of the United Nations (FAO) recently estimated that globally, ten per cent of the remaining primary forests in tropical rainforest countries were lost between 1990 and 2015. These forests are home to many species which exist nowhere else on the planet and protecting their habitats is critical to their survival. Further, the livelihood of millions of people depends on intact forests and they play an important role in mitigating the effects of climate change by storing massive amounts of carbon.

While all of this may be well known to many, few of us in Canada realize just how fast old-growth rainforest is being logged on Vancouver Island. I was very shocked to learn from recent Sierra Club BC data that over that same period (1990 to 2015), thirty per cent of the remaining old-growth forest on Vancouver Island was logged. In other words, the rate of loss of so-called “primary forests” (forests that were largely undisturbed by human activity) on Vancouver Island is actually three times greater than in the tropics.  In the last few years the rate of old-growth logging on the Island has actually increased by twelve per cent to 9,000 hectares per year (25 hectares a day).

So what’s behind this forest loss? Similar to the tropics, logging plays a central role. One difference is that in many tropical countries logging often results in deforestation, while in other countries such as Canada logging generally leads to the replacement of rich ancient forests with even-aged young forest. Much of the old-growth forest on Vancouver Island has already been lost to clearcut logging and the remaining patches of old-growth (called variable retention by foresters) are too small to maintain enough habitat for species that depend on old-growth forest. 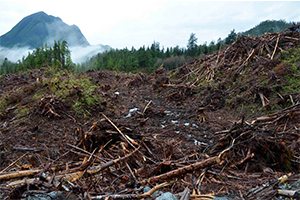 In response to the Sierra Club BC data, the BC government stated that it is misleading to compare the problem in tropical countries to Vancouver Island, because in British Columbia logging companies are required by law to reforest logged areas. While this is true, old-growth ecosystems with trees that are many hundreds of years of age are not growing back at a meaningful timescale and climate change means we will never see the same type of forest grow back in the first place.

Species that rely on old-growth forest such as the marbled murrelet are negatively affected by the loss of old forest stands. In addition, the resulting large areas of young trees are not offering the type of habitat that most of the typical plants and animals on Vancouver Island depend on.

Similar to tropical forests, coastal temperate forests play an important role storing carbon dioxide. In fact a single hectare of temperate rainforest can store up to 1000 tonnes of carbon, a much greater amount than most tropical rainforests. Even if replanting is carried out, along the coast it can take centuries for reforested areas to reach a similar capacity in carbon storage potential as that of intact old-growth forest stands.

Tropical forest loss rightfully deserves the attention it gets, and we are lucky here in BC to have equally amazing rainforest habitat. Given that we are living in a relatively rich part of the world compared to many tropical countries, it is remarkable that we are failing to do a better job of protecting the remaining rare and endangered ancient forests on Vancouver Island and inspire other parts of the world. Coastal temperate rainforests exist only in very small areas on the planet and very little intact areas are left. Solutions exist, for example, in the Great Bear Rainforest north of Vancouver Island. Increasing the area of forest protected and halting destructive logging practices are both vital to ensuring the continued survival of these ecosystems and for a diverse economy. They should be a primary concern to us all. 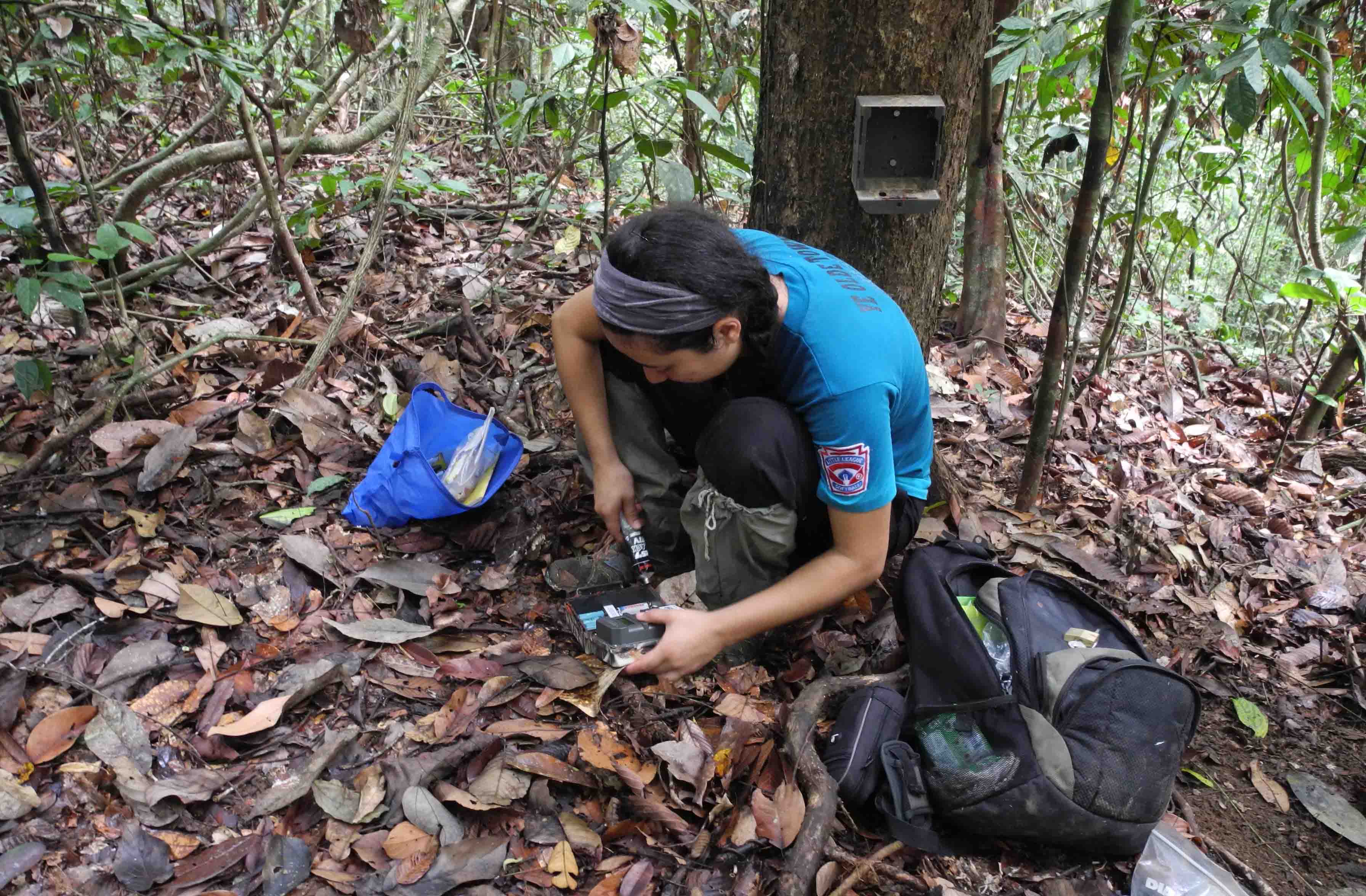 Alys Granados is a PhD student in zoology at UBC. She is working as an Intern for Sierra Club BC under UBC’s Biodiversity Research: Integrative Training & Education (BRITE) program. For her PhD, Alys is studying the effects of selective logging on plants and mammals in Malaysian Borneo. Previously, Alys completed a Masters at Concordia University in QC, where she studied park-people interactions in relation to human-elephant conflict in Cameroon. As an intern with Sierra Club, Alys will help with efforts to increase awareness about threats facing old growth forests on Vancouver Island. 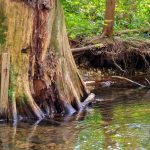 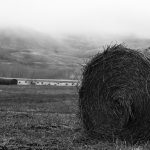