Sierra Club BC is calling on the BC government to direct government-owned BC Timber Sales (BCTS) to hold off plans for old-growth logging and roadbuilding in the Schmidt Creek watershed because of very high conservation values, including proximity to unique rubbing beaches used by Orca whales.

“Not one watershed on eastern Vancouver Island is fully protected, yet the BC government continues to enable logging of endangered old growth forests at a rate of three square meters per second,” said Jens Wieting, Senior Forest and Climate Campaigner with Sierra Club BC. “Will the risk of losing unique orca whale rubbing beaches be enough to convince this government to take action for endangered old growth rainforest?”

The Schmidt Creek watershed, near Johnstone Straight on northern Vancouver Island, was subject to a logging moratorium from 1992-97 due to concerns about logging practices increasing sediment delivery and impacts on the adjacent orca rubbing beaches, most likely affecting the condition of the gravels that the orcas are drawn to. A provincial report from 2003 about the rubbing beaches stated “given the nearly unique use of the beach by killer whales, management of the area should be cautious.”

Dr. Paul Spong from Orcalab is concerned about the proposed logging operations. “These orca rubbing beaches are a vitally important cultural tradition unique to this community of whales,” said Dr. Spong. “We’ve been concerned about declining quality of rubbing beaches in this area for a number of years, and feel the risks involved in logging of the Schmidt Creek watershed are simply too great to allow the logging to proceed. If a landslide occurs, it could be disastrous for the rubbing beaches.”

Whales only use beaches with specific characteristics for rubbing and impacts on the watershed, such as increased sediment load as a result of logging or road construction, would likely lead to the loss of these characteristics.

BCTS plans show a string of five blocks to be advertised for sale in 2018, amounting to 221 hectares of old-growth. The majority of the roadbuilding and logging in Schmidt Creek is planned on steep slopes and will result in risk of landslides, a danger made worse by increasingly severe extreme weather due to climate change.

Sierra Club BC mapping shows that together with the adjacent Lower Tsitika River Provincial Park, this watershed forms one of the few remaining relatively intact old-growth areas on Vancouver Island.

“Logging Schmidt Creek would put at risk not just the orca whales, but also one of the few remaining relatively intact old-growth areas providing habitat for old-growth dependent species such as marbled murrelets and northern goshawk that are at very high risk of extirpation across large parts of the island,” said Wieting. “The BC government promised to take action for old-growth. Yet while we wait for a sign that they intend to keep their promise, we are losing endangered old-growth rainforest at a rate of two soccer fields per hour.”

The Schmidt Creek logging proposal is a dramatic example of the need for the BC government to modernize land-use plans for Vancouver Island working with First Nations to determine long-term, science-based protection options, and interim protection for endangered rainforest hotspots in the meantime; and to use government control of BC Timber Sales (BCTS) to quickly phase out issuing timber sales in endangered old-growth forests.

Sierra Club BC shared these concerns with Nanwakolas Council in early March and welcomes their initiative to send conservation stewards to take a closer look at the risk for the beaches in the coming week. 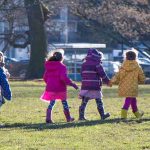