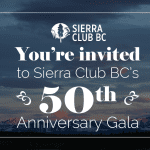 B.C. must declare a forest and climate emergency
Scroll to top
MENU