On Earth Day, Canada signed on to the Paris climate agreement, committing our country to 1.5-2C of global warming. Climate and energy campaigner Larissa Stendie warns that this gesture is nothing more than symbolic. The federal government must stop pursuing pipelines and fracked gas if it wants to be the climate leader it purports to be.

“Canada’s symbolic signing of the Paris climate agreements Friday was a hopeful and necessary step. Yet symbolism and rhetoric need to be followed by urgent action here at home if we are serious about avoiding a catastrophic four to six degrees Celsius of warming.

Pipelines and fracked gas are not the pathway to Paris solutions; they are the path to increased wildfires, water shortages and other increasingly unmanageable climate impacts.” 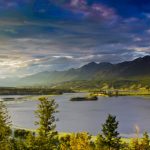 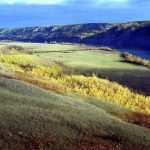 CRAZY FACTS:  Is the grass greener on the other side?
Scroll to top
MENU