Burnaby, BC–-Today, Burnaby Residents Opposing Kinder Morgan Expansion (BROKE) will present its argument to the National Energy Board, asserting Kinder Morgan’s proposed Trans Mountain pipeline must be rejected because of the elevated risk of a major spill in an earthquake prone region.

“We asked Kinder Morgan how it intended to respond to the seismic hazard in this region. Its response was, essentially, ‘trust us’. Kinder Morgan won’t provide details of its mitigation plan across fault lines,” said Neil Chantler, legal counsel for BROKE. “And it has failed to conduct seismic tests recommended by its own experts.”

“Even if we knew their plans, emergency preparedness kits will never equip us to deal with piping toxic, explosive diluted bitumen through densely populated neighborhoods in the most seismically active area of Canada,” said Larissa Stendie, energy and climate campaigner for Sierra Club BC. “The recent earthquake that shook Victoria and Vancouver was a startling reminder that a fault line is a terrible place for a pipeline.”

BROKE’s submission describes a 73 per cent probability of moderate-to-very-strong ground shaking within the next 50 years for the Lower Mainland.

“Experts tell us to expect a major earthquake in our lifetime. Pipelines like Kinder Morgan’s, built to minimum enforced design standards, might be operating for the next 50 years,” said Stendie. “It’s a recipe for disaster that the Burnaby Fire Department has condemned as unsafe.”

BROKE represents more than 820 community members firmly opposed to Kinder Morgan’s proposal, many of whom saw the consequences of a pipeline rupture in July 2007 when 250,000 litres of crude sprayed all over the community, forcing 250 residents from their homes and costing $15 million to clean-up.

“I grew up here, and as far back as I can remember, the Lower Mainland has been preparing for a major earthquake,” said Chantler. “We should be reducing – not increasing – the risks posed by a major earthquake. This pipeline and the expanded tank farm will sit like time-bombs. Kinder Morgan wants us to carry that enormous risk for no realistic benefits at all.”

Members of BROKE can are available for comment upon request. 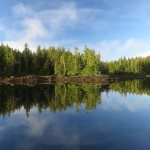