The links between Petronas, fracking and Site C are becoming clear—and the news is troubling for taxpayers and our climate. British Columbians will be subsidizing the fracking industry through the construction of the Site C megadam.

Site C—which is currently priced at almost $9 billion, but likely to cost much more if completed—would generate 5,100 GWh of power.

The Petronas plant, if built, would consume approximately 70 per cent of B.C.’s current production of fracked gas. It would export 900 billion cubic feet of gas, while consuming an additional 135-180 billion cubic feet to power the extraction (fracking), processing and liquefaction of the gas.

The B.C. government’s climate plan proposes to reduce the amount of gas used to power fracking operations. Most of this power is used to force a toxic cocktail of water, sand and chemicals into the gas-bearing rock to fracture it and release the gas.

The government claims it can reduce the carbon pollution from fracking by 2.4 megatonnes by using electricity instead of gas itself.

It would take about 6,400 GWh of electricity to achieve that goal, which would mean it would use all of the additional power Site C would supply, plus 1,300 GWh of today’s existing power supply.

There’s a reason, however, why the industry uses its own gas to frack: it’s the cheapest way to do it. In order to entice the industry to switch to electricity, the power would have to be massively subsidized to make it as cheap as gas.

But this ignores another commonality that Site C shares with fracking: significant methane emissions. When the Site C reservoir is flooded, the dead biomass from the vegetation that once covered the area will rot, emitting a huge amount of methane into the atmosphere. The extraction, treatment and piping of fracked gas also releases much more methane that we previously thought, in the form of “fugitive emissions.” And methane is a potent greenhouse gas.

Reducing carbon pollution is a good thing, but only when you’re reducing emissions from current levels. The government’s approach is to push an industry that will send emissions through the roof, then claim credit for reducing them by a smidgeon.

That’s essentially what Site C is going to do: allow the government to claim credit for making a massive increase in emissions slightly less massive.

And you’re going to have to pay for it in multiple ways.

First, there’s the $9 billion—and counting—cost to build it. As a B.C. Hydro ratepayer, that’s going to be reflected on your monthly bill. Big time.

Second, there’s the cost of subsidizing the power in order to get the fracking industry to buy it. Someone has to pay for it. And it’s almost undoubtedly going to be you, the taxpayer. It will only add to the enormous public subsidy the oil and gas industry receives each year in Canada, which is approximately $3.5 billion domestically. (You also subsidize Canadian oil and gas companies operating abroad to the tune of an additional $3.2 billion per year.)

Does any of this sound like a good plan?

Prime Minister Trudeau needs to reject the Petronas proposal and stop entangling himself in this web of environmental and climate devastation.

Sierra Club BC has a plan to help Trudeau make the right decision on Site C and fracking, but we need your help.

The Tragically Hip singer Gord Downie recently called upon and praised Justin Trudeau for his efforts to work with First Nations.  But several First Nations are fighting Site C. With international pressure, we can leverage this call to direct attention to Site C.

We need everyone in the world to know about this UNESCO mission and these court cases.  You can donate to Sierra Club BC and add your voice to show the world whether or not Trudeau is serious about his commitment to First Nations and environmental protection. 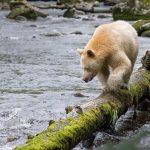 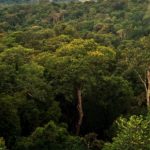