For months, we have been asking whether Prime Minister Trudeau would side with B.C.’s wild salmon and a liveable climate, or with foreign multinationals who just see B.C. as a place to exploit for profit.

Sadly, his choice became clear last week, with the federal government’s announcement that it has approved the Petronas fracked gas plant at Lelu Island.

This is terrible news for salmon populations on the Skeena River. The plant is slated to be built right next to the river’s estuary, a nursery for hundreds of millions of juvenile salmon. Canada’s second largest salmon run may have just had its death warrant signed by the federal government.

The approval of Petronas is also very bad news for the climate. The Petronas fracked gas plant is a carbon bomb that will make it impossible for B.C. to meet its already weak climate targets. This plant alone would be responsible for an astonishing 11.5 to 14.0 megatonnes of climate pollution per year, equivalent to five times the official reported emissions for all of B.C. As the Canadian Environmental Assessment Agency has noted, the climate impacts of the plant would be “high in magnitude, continuous, irreversible and global in extent.”

Simply put, expanding the extraction of fracked gas is incompatible with limiting global warming to 1.5 to 2⁰C.

Canadians who voted for action on climate change want real commitments and real action, not just empty promises of sunny ways. Placing conditions on the approval won’t add up to concrete action against climate change. Instead, the conditions are a rubber stamp on new fossil fuel infrastructure that feigns a rigorous approval process.

It has been almost one year since Canadians elected a government with a mandate to take real action on climate change, but it is increasingly difficult to distinguish the Trudeau government’s climate change action from those of the Harper government. The federal government has now adopted the woefully inadequate Harper-era emissions targets—a slap in the face to all Canadians who wanted to see bold action.

We need to safeguard our environment while pushing our economy into transition toward a post-carbon future of green jobs. Now is the time for transition to renewables, not the time for building more climate-polluting projects.

This decision is not the end of the story. Petronas says it will review the project to see if it’s financially viable before deciding whether or not to proceed. And First Nations are considering legal challenges.

Sierra Club BC will continue to highlight the dangers posed by Petronas, its incompatibility with decreasing global demand for fossil fuels, and the benefits of the alternatives. We’ll also continue to push for both the federal and provincial governments to include a rigorous climate test in all future environmental assessments, so this kind of climate-killing approval can never happen in the future. In the process, we will help build the case for Petronas to walk away.

Please donate today to help us continue our work on climate solutions. 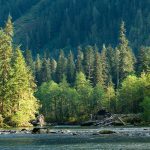