“We commend and support all of the municipal leaders, business leaders, and community champions who are speaking up for the ecological and economic values of big old trees. Today’s vote shows that communities all across this province understand that Vancouver Island’s remaining old-growth rainforest is a global treasure, and that its protection is a provincial responsibility.

We will continue to work together with our allies to protect Vancouver Island’s remaining old-growth rainforest, and call on the provincial government to update the Vancouver Island land use plan to include consideration of climate impacts and Aboriginal title and rights.”

We have developed a Google Earth file that shows old-growth coastal rainforest has reached a state of ecological emergency across vast parts of Vancouver Island and B.C.’s South Coast. (See below for instructions on how to use the file.)

The Google Earth file, which can be studied with free Google Earth software, shows how little ancient forest is left as a result of decades of industrial logging. 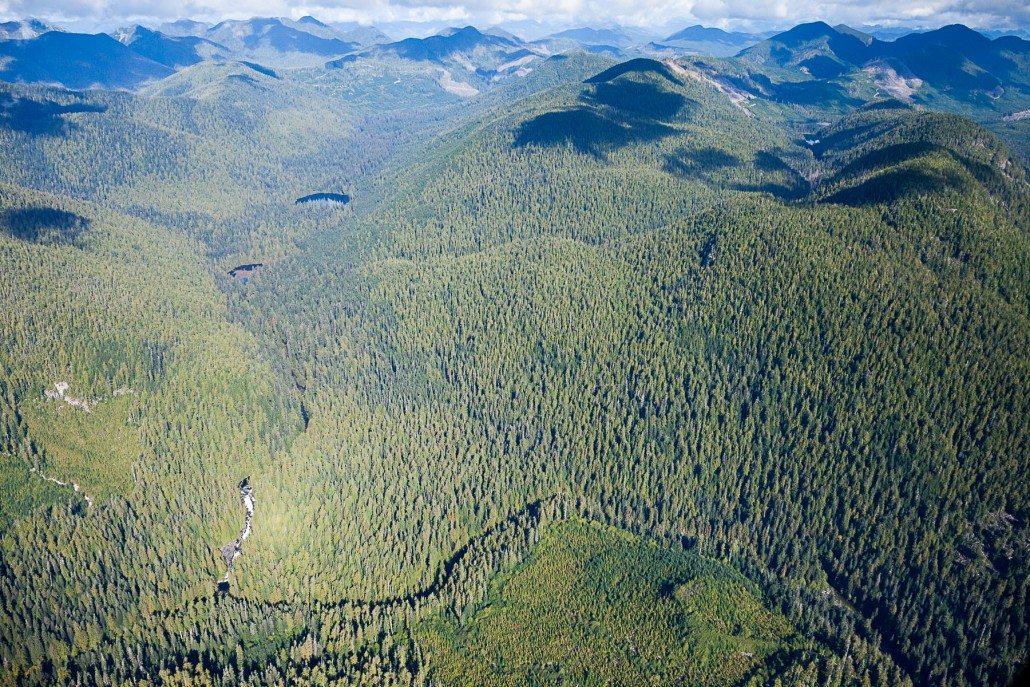 A large part of the Walbran remains intact. Photo by TJ Watt.

Experts consider 30 per cent the threshold for ‘high ecological risk’ of loss of species. With climate change exerting additional pressure, endangered species such as the Marbled Murrelet are experiencing compounding stresses and are threatened with extirpation or extinction.

Remaining largely intact rainforest areas, such as the Central Walbran and the Klaskish River/East Creek need immediate conservation steps to save habitat for endangered species and restore second-growth forest to allow for connectivity.

Unless the provincial government changes course and protects what remains of our endangered old-growth, much of the southern coast could turn into an ecological wasteland this century. We must protect and restore our rainforests now, for species, for clean air, clean water, long term forestry jobs and as one of the world’s most efficient carbon sinks.

How to use the Sierra Club BC Google Earth file

Explore how the software works, download and install the free version of Google Earth: http://www.google.com/earth/

Open the file and zoom into the 155 landscape units of Vancouver Island and South Coast (landscape units are areas of land used for long-term forest planning, usually 50,000 to 100,000 hectares).

The Google Earth file (and the Sierra Club BC map) shows the remaining percentage of productive old-growth for all landscape units on Vancouver Island and the South Coast. These are rainforest ecosystems that typically grow relatively big trees (good and medium productivity forest) and store record amounts of carbon, but are also of high interest for logging.

The Google Earth file also shows boundaries of parks (this allows to distinguish areas that are protected from unprotected areas within a landscape unit, for example in the Walbran). This layer can be found in the “Primary database”under “More” (second item; see lower left corner of the first screenshot on this page) 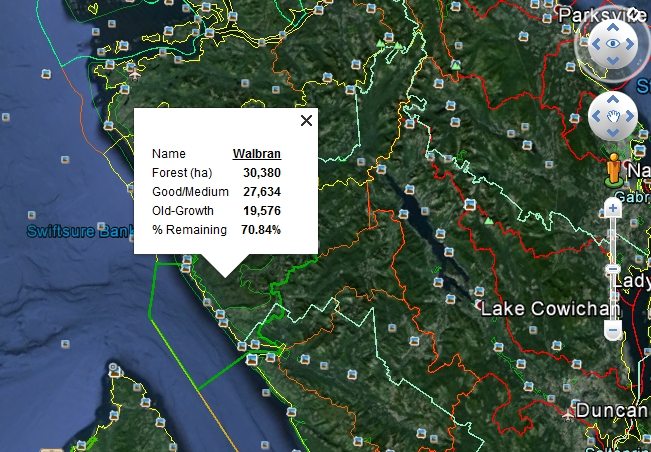 We can’t do this work without you! Please donate to help us protect Vancouver Island’s last remaining old-growth. 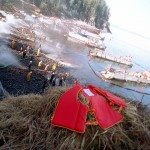 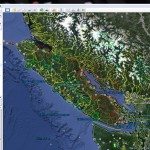