Conservation North, Sierra Club BC, Stand.earth, Wilderness Committee, and Wildsight are calling on the province to immediately issue deferral orders for ongoing and planned logging in at-risk old growth forests, as well as to increase and expedite funding to First Nations and forest communities to support the transition from old growth logging.

In the absence of deferrals, cutting permits have recently been submitted for priority deferral areas in the Inland Temperate Rainforest. Wildsight has called on the province to immediately defer logging in 19 pending cutblocks from Downie Timber in the Wood River area north of Golden, which overlap important caribou habitat and old growth deferrals by more than 174 hectares.

“The Cutting Permit in the Wood River is a major test to the province’s public credibility on old growth,” said Eddie Petryshen, Conservation Specialist at Wildsight. “Deferring harvest and implementing legal deferrals here will set an important precedent for old growth protection.”

Upcoming research from Stand.earth Research Group (SRG) has identified multiple old growth deferral areas that were logged between March 2021 and March 2022, totalling an estimated 520 hectares of deferrals. Using satellite data from Planet Labs, this initial research, focused on Northern Vancouver Island and the Central Interior, found 43 deferral areas had been partially or mostly logged, including areas near 100 Mile House logged by West Fraser since November. In total, the study identified about 120 hectares of old growth logged after the province released maps of deferral areas on November 2, 2021.

“While Minister Katrine Conroy told us companies were acting in good faith, West Fraser and others continued to log old growth forests that had been marked for deferral,” said Tegan Hansen, Forest Campaigner at Stand.earth. “We cannot entrust the future of these irreplaceable forests to logging companies that profit from cutting them down.”

The logging identified in the initial research has overwhelmingly occurred in big-treed old growth forests (95%), one of three categories prioritized for logging deferrals by the province’s old growth Technical Advisory Panel (TAP). The majority of old growth forests mapped for deferral are in the B.C. interior, with many high-risk areas being in the Northern Wetbelt, an ecosystem ranked by scientists as Endangered under IUCN Red List criteria.

“We have evidence from satellite imagery that licensees have been clearcutting endangered northern old growth spruce forests in the Interior Wetbelt that were within deferral areas identified by the TAP,” said Michelle Connolly, Director of Conservation North.

On Northern Vancouver Island, Sierra Club BC confirmed ongoing destruction of the last productive big-tree old growth ecosystems remaining in Kwakwaka’wakw territory, using satellite and on-the-ground reconnaissance. Productive old-growth forests in the North Island have been disproportionately logged in past decades. This has resulted in an ecological emergency and requires government ground-truthing to confirm old-growth forests that require immediate deferral.

The Technical Advisory Panel mapped 5 million hectares of unprotected at-risk old-growth forests across B.C. and recommended 2.6 million hectares for immediate initial deferrals. Sierra Club BC found active and recent logging in at-risk old growth areas that should have been identified as candidates for immediate deferrals. Also new gates restricting public access to active logging operations in some of these at-risk old-growth deferral areas are cause for concern.

“Both Western Forest Products and BC Timber Sales are attempting to convince the public that they are forest stewards,” said Mark Worthing, Coastal Projects Lead at Sierra Club BC. “The reality is the opposite. Our findings suggest that unless the B.C. government respects Indigenous governance decisions and takes action now, both companies will continue to take advantage of every opportunity to log ancient cedars older than 500 years like the ones that we found last week.”

On Friday, April 1 Forests Minister Katrine Conroy presented new figures about the amount of old growth that has been recently deferred, and stressed that logging companies are acting in good faith to pause logging while the process unfolds. Conservation North, Sierra Club BC, Stand.earth, Wilderness Committee, and Wildsight welcome any progress to implement logging deferrals, but are calling for both more urgency and transparency around this process. In December the Wilderness Committee mapped approved cutblocks in tens of thousands of hectares of at-risk old-growth earmarked for deferral, and there is very little clarity on which of those areas remain under threat and which are deferred for now.

“The public has a right to know which endangered old growth are getting a temporary reprieve and which ones are getting destroyed,” said Torrance Coste, National Campaign Director for the Wilderness Committee. “The fate of these forests matters to everyone in the province and a true paradigm shift requires far more transparency from the BC NDP government.”

Images and documentation can be accessed here and here.

Featured image is an over 900-year-old tree that was logged in Kwakwaka’wakw territory right before the deferral maps were publicly released (Mya Van Woudenberg/Sierra Club BC). 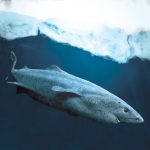 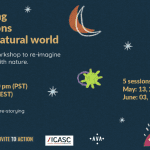 Workshops: Re-storying our relations with the natural world
Scroll to top
MENU